Wonderstorm’s creative team of Aaron Ehasz, Justin Richmond and Giancarlo Volpe delve into the making of the first season of their epic series centered around three unlikely heroes and their quest to stop an all-out war. For entertainment startup Wonderstorm, the art of storytelling, the development of characters and narratives that entertain and enthrall audiences, lies at the heart of their very existence. As co-founder Aaron Ehasz describes, “Justin Richmond, Justin Santistevan and I started our company to tell amazing stories and build great video games.” So, it makes perfect sense that their first major release would be…an animated series, The Dragon Prince, that launches today on Netflix.

The Dragon Prince is an epic fantasy story with complex characters and layered storylines, set in the magical world of Xadia. For centuries, the world was divided: in the east, the magical lands of Xadia, and in the west, the five great human kingdoms. Now, the world stands on the edge of all-out war — but three unlikely allies are about to uncover a secret that could change everything.

Told over the course of a nine-episode first season, The Dragon Prince has its roots in universes such as The Lord of the Rings, worlds filled with elves, dragons, sharp swords…and magic. Though epic in scope, the show quickly and capably centers around our three heroes, thrust together unwittingly, bound in a quest to save their world from a seemingly unstoppable war. There’s a sufficiently expansive backstory that deftly introduces enough interwoven plot points to provide narrative breadth; the pace, often so dreadful in episodics, both animated and live-action, is quick enough to sustain viewer interest while still allowing for interesting and believable character and storyline development. 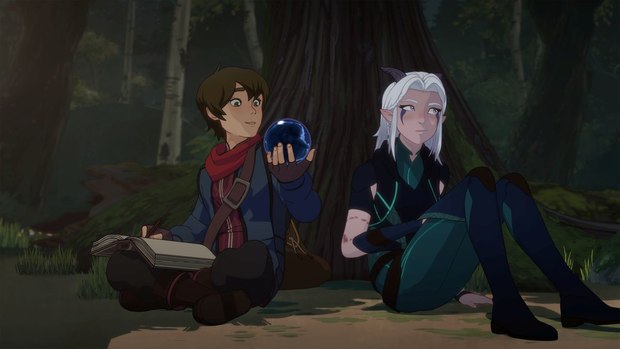 Visually, the show integrates cel-shaded 3D characters with a mix of painted and 3D backgrounds. The style incorporates the best of both traditional and CG animation. The CG characters allow for more detail, but the cel-shading gives it the charm of hand-drawn animation. Produced with Canadian animation studio Bardel Entertainment, The Dragon Prince has both the richness and more complex visuals we’ve come to expect in animated Netflix episodics, as well as the iconic “animating on 2s” minimalist anime-styled action that so many fans adore.

For co-creators Ehasz and Richmond, along with executive producer Giancarlo Volpe, The Dragon Prince began in the realm of magic. “The spark that started this all was magic…thoughts about magic and magic systems…thoughts of world-building, with complicated magic that’s very difficult to learn, involving runes and erudite wizards having to apprentice with other wizards for many years,” Ehasz explains. “Someone figures out there’s a quick and dirty way to do magic. They invent something called ‘Dark Magic,’ where you find a magical creature with some kind of magical essence, and consume that creature to do something quick, dirty and powerful. This would lead to dark mages who pursued magical creatures for their ingredients: unicorns for their horns, griffins for their feathers or talons, and so forth.”

He continues, “What kind of conflicts would this lead to in a world where some of these magical creatures, dragons and elves, would consider these mages to be a problem? Then we considered, ‘Well, how do humans fit in? How do various magical races fit in?’ It all started from that world-building angle.” 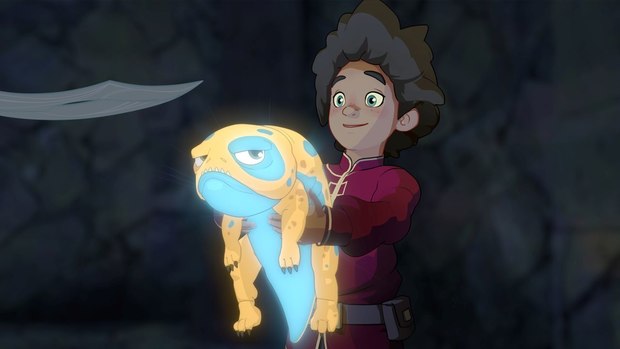 Visually, the decision to use cel-shaded CG mixed with 2D backgrounds came down to both budget and Bardel’s production capabilities. “I choose a show’s medium depending on what studio we end up with,” Volpe explains, “It’s kind of this game of chicken that you play. You want the budget to be large enough to do a CG show, but you hold out for 2D if you find a studio that can handle it properly. I’ve done a number of CG shows, but I’ve never done one that is cel-shaded. I’ve always wanted to see if I could blur that line between hand-drawn and CG. When we started talking with Bardel, we were impressed by the work they were doing. They worked on a film called The Prophet, which was very similar in approach — cel-shaded animation that emulates that hand-drawn look. It felt like the right time to try that approach with them. The cel-shaded approach is an homage to hand-drawn animation that I’ve always loved and still love to this day. It’s challenging to do CG on a TV budget and schedule. Many producers in town aren’t fully aware of how hard it is until they’ve done it once.” Considering Wonderstorm co-founders’ gaming experience as well as the studio’s concurrent work on The Dragon Prince game, launching an animated series first is not an obvious creative choice. Creating an animated series is also vastly different from game development. For Richmond, dealing with those differences, and balancing between both creative efforts, has been challenging. “I worked at a studio called Naughty Dog, that is very focused on narrative gaming, where we treated story and character very similar to how we do here at Wonderstorm,” he notes. “Those were sacred – we built games around story and characters and made sure that everything felt coherent. But at the same time, the bigger thing was, how are you gonna put that into a game, what are your core gameplay mechanics, all your loops, all that stuff that makes it fun, how are you gonna make sure that still works inside the narrative? With the series, there’s something incredibly freeing about not having to worry about gameplay mechanics, in the sense that it’s not fun to watch a show for half an hour and then not get to play.”

“On the other hand, we love making games, and we are making The Dragon Prince game here as well,” he continues. “Part of the way we’re thinking about it is, can we build a world that can have both things in it at the same time? We need our storytelling to get the best possible shake of the stick like the gameplay gets, while the gameplay gets what it needs without each having to worry about stepping on the other. Creatively, it’s been great, but it definitely has been a challenge.”

Ultimately, with either series or game, for Wonderstorm, everything comes back around to story. “With this kind of storytelling, the hard part is making sure that within the game, and with every episode, everything feels coherent and awesome and makes sense. With the series, for each 22 minutes, you’re telling both a mini story as well as a bigger story that’s part of the entire season. That’s always tricky, making sure those two things are balanced out. At the end of the day, we wanted an emotional response to the storytelling and the art. And with our first season of The Dragon Prince, I think we did as good a job as we possibly could.” 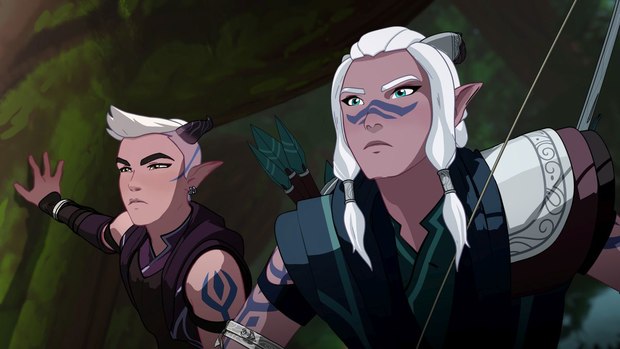 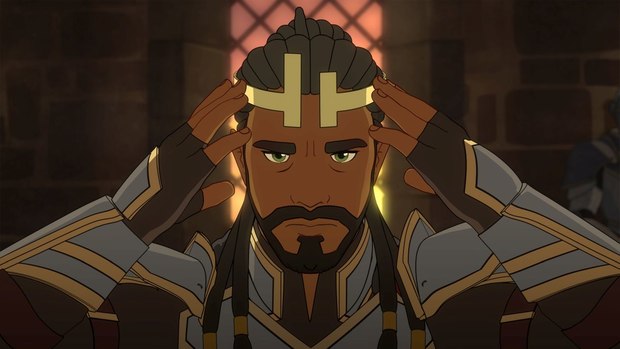 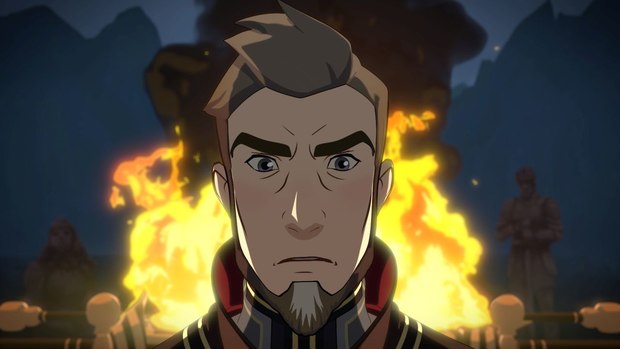