My Story with Panda: My team and I Keep Making Efforts to Build China’s Top Anime Panda IP!

On July 30, 2012, I created my own company, Sichuan Hongyao Culture Communication Co., Ltd., and hoped to put my own industry experience accumulated in Shenzhen Global Digital (the earliest 3D animation company in China) for more than ten years. Develop the best Chinese anime IP. The main characters, after many thoughts and adjustments, were eventually identified as pandas and orangutans.

The protagonist of the story is a giant panda “Pango” from China and a red-haired gorilla “Paquin” from the West. The combination of Chinese and Western is a rare animation theme in China. I hope to integrate the cultural conflicts between China and the West in the stories of the two protagonists.

In order to ensure the international quality of the work, only the preliminary preparation and design work has been carried out for nearly 4 years. Each main character’s shape has been repeatedly revised and adjusted. The major changes are no less than dozens of times, and the detail adjustment has never been interrupted.

Panda Pango series expression packs have been on the WeChat, QQ, Line, Baidu input method and Sogou input method platform. There are more than 50 sets on the platform. The cumulative downloads of expressions on each platform exceeds 6 million, and the cumulative sending volume exceeds 200 million. The expression also spreads to more than 230 countries and regions around the world with the Line platform, becoming the most popular Chinese panda series expression.

Our short videos have been launched on social platforms such as WeChat, Vibrato, and Weibo. The giant panda Pango wearing blue clothes quickly became the favorite of cat powder.

In 2018, we launched the first episode of the animated short film “Pango and Paquin’s Food Scenery”: “Pango and Paquin’s Ancient One”, in the short film, the panda chef Pango leads his apprentice, the orangutan Pakkun. In front of the Tiexiangsi Water Street Archway in Chengdu High-tech Zone, the traditional cuisine of Sichuan is “one side”. The short film has more than 1 million playbacks without any promotion.

Each episode of the Pango and Paquin Food Scenery animated short film will be led by Panda Pango to lead the orangutan Pakkun at a well-known Sichuan attraction to create a Sichuan speciality. In the following works, we will show the audience: the three cannons of the wide and narrow alleys, the sad jelly of Luodai Ancient Town, the oil tea of Qingcheng Mountain, the Sanhe mud of Jiuyan Bridge and so on. Panda, special food and beauty are the most representative elements in Sichuan. I hope that with the vivid and humorous performance of 3D animation, I will bring the joy of Sichuan, the production methods of Sichuan specialties, Sichuan famous spots and Sichuan and Chengdu. The local characteristic culture is presented to the audience, so that more viewers can understand the unique charm of Tianfu culture.

“Pango and Paquin” IP has now gained a certain degree of social recognition and is highly recognized by the industry. Since 2017, a number of cross-border authorization cooperation has been reached:
In 2017, authorized Chengdu Ito Yokado “Love Chengdu, Pango to play with you” National Day large-scale shopping mall theme activities, during the National Day, the full-scale decoration promotion of 7 Ito Yanghua Hall in Chengdu. It became the landmark event of China’s original animation authorized Japanese enterprises, and Hongyao Culture became the first IP partner of Chengdu Ito Yanghuatang. During the event, the flow of people exceeded 35 million, the flow of people increased by more than 15% compared with the previous year, and sales increased by more than 20%.
During the event, we also authorized the packaging of nearly 30 brands in Ito Yanghuatang store, including New Hope, Weiquan, Mazi, Emei Snow Bud, such as water nut, lollipop, bell dumpling, Lai Tangyuan and so on.

Some other licenses include:

“Pango and Paquin” IP series derivatives are also under development, and Taobao stores are already online. Since the “Pango and Paquin” project was launched, we have been highly recognized and encouraged by the industry and abroad. In the past 2 years, we have won the following honors:

I have come all the way in these years, and I saw the rainbow at the beginning of the storm. We have won a lot of honors, but more importantly, we have a place in the large cultural environment of Panda IP. The road ahead is still very long. My team and I will cherish the good opportunities in the current era of cultural creation and make more excellent cultural and creative products. 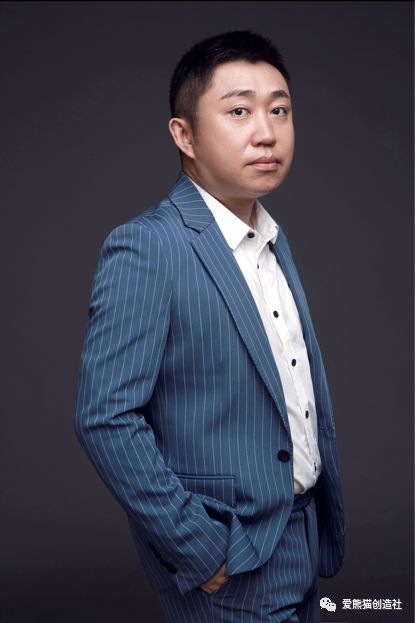 [Author] Wu Hao, Founder & General Manager of Sichuan Hongyao Culture Communication Co., Ltd., Master’s Tutor of Chengdu University Art and Film Institute. In July 2000, he graduated from the Animation Department of the Film and Television Art Department of Sichuan Academy of Fine Arts (the first graduate of Chuanmei Animation). In the same year, he joined Global Digital Media Technology Research (Shenzhen) Co., Ltd., IDMT (the earliest established, largest and most professional in China). The 3D animation company started the earliest 3D film production in China as early as 1999. It has served as the company’s following positions: art director, executive director, director and project manager, director of professional committee, company art director (mainly responsible for all domestic and foreign companies) Art direction of the project and large-scale project management work). Founded in July 2012, Sichuan Hongyao Culture Communication Co., Ltd. has been leading the team in the development of the original animation IP of Pango and Paquin.