LG will shut down smartphone business in July to focus on smart home, robotics

LG will shut down smartphone business in July to focus on smart home, robotics 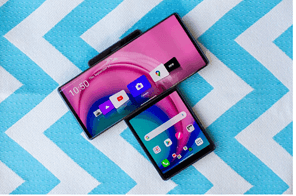 It’s the end of an era for the one-time phone giant, which has struggled to compete with Apple, Samsung and Chinese brands.

LG on Sunday became the latest legacy phone-maker to exit “the incredibly competitive mobile phone sector” as it struggles in a market dominated by Apple, Samsung and growing Chinese manufacturers.

The South Korean company said it will close its mobile business unit by the end of July. Instead of smartphones, it will focus on smart home products — an area where it’s one of the biggest providers — as well as electric vehicle components, robotics, artificial intelligence, business-to-business products and other connected devices.

LG’s decision to wind down its phone business reflects the struggles faced by many companies in the market. Apple and Samsung have long been the only companies that make significant amounts of money from smartphones, and even they have struggled at times. Consumers are holding onto their phones longer than before, and they’re increasingly seeking out less expensive models, like Samsung’s Galaxy A lineup instead of its Galaxy S flagship devices.

Other legacy phone brands such as BlackBerry and Nokia have faced their own struggles, and neither company now exists in its original form. HMD sells phones under Nokia branding, while TCL sold BlackBerry-branded phones before ending that partnership last year. Nokia and BlackBerry, the leaders in the QWERTY phone world, failed to transition quickly to touchscreen smartphones, which doomed their chances in the mobile market. LG, too, struggled in the move to smartphones. While consumers and reviewers have generally liked its devices, LG didn’t have near the marketing might of Samsung or the cult following of Apple.

In 2007, the year the first iPhone went on sale, LG was the fifth biggest phone vendor after Nokia, Motorola, Samsung and Sony Ericsson — all companies, except Samsung, that are minor players in today’s smartphone market. In the fourth quarter of 2020, LG didn’t rank in the top five when it came to the world’s biggest smartphone vendors. Even Huawei, which is facing US sanctions and can’t get the components it needs to build its phones, managed fifth place. Apple, Samsung and China’s Xiaomi and Oppo filled the top four spots.

Over the past decade, it’s become harder to get consumer attention in mobile. LG has experimented with innovative designs over the past couple of years in an effort to attract buyers. Its LG Wing features two screens, one of which swivels on top of the other. And in January at CES, it teased what it hoped would be the world’s first rollable phone. The device has a display that extends upward to create a larger, more tablet-like screen. As CNET’s Roger Cheng noted, “presumably, the bottom of the phone, when it’s in landscape mode, has a mechanism that furls and unfurls the display, similar to how its rollable OLED televisions work — but on a smaller scale.”

But with the death of LG’s mobile business comes the end of the would-be rollable phone.