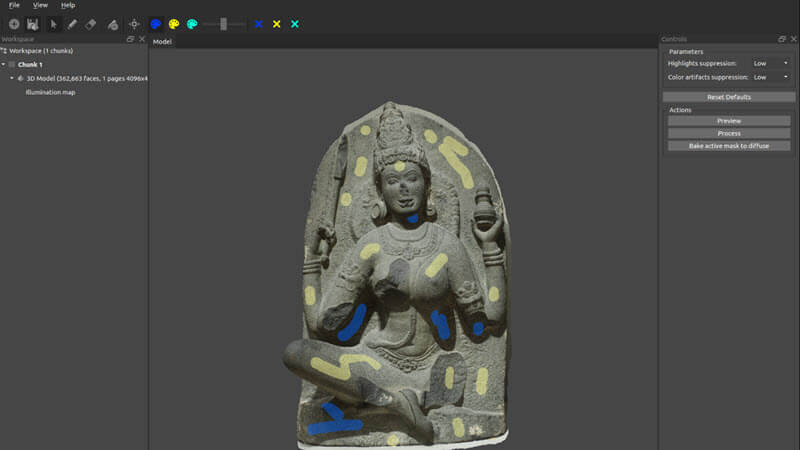 Agisoft has released De-Lighter, a new free stand-alone tool designed to remove shadows from model textures. The application is designed to remove cast shadows and ambient occlusion from 3D models by allowing the user to paint on the models to mark approximate areas that are lit or in shadow. It uses “rough illumination maps to perform binary classification of texture pixels into lit and shadowed groups.” Brush strokes need not be precise and it isn’t required to paint carefully around boundaries, According to the documentation, “a good markup implies spatially uniform strokes, one stroke per material which is undoubtfully lit/shadowed”.  The de-lighting algorithm is optimized for 8-bit JPEG compressed textures. Find out more, including a tutorial and several examples, on Agisoft’s website.