Universal Filmed Entertainment Group — i.e. Universal Pictures and Focus Features — has inked a multi-year deal with AMC Theaters that calls for its films to play in theaters for just 17 days before they’re allowed to debut on premium VOD. Additionally, it sounds like AMC will get a piece of the proverbial PVOD pie and take a slice from the revenue generated from those $20 rentals.

The 17-day figure means that films released on a Friday will play exclusively in theaters for three weekends, which is when a movie makes most of its theatrical revenue anyway. Though it does happen from time to time, it’s very rare for films to pick up steam or have serious legs beyond their third weekend in theaters.

Now, just because Universal will have this option doesn’t mean they’ll take advantage of it at every opportunity. I’d be very surprised if the ninth Fast and Furious movie was made available on PVOD if theaters were fully reopened and the film was performing well at the box office. I’d be less surprised if Universal embraced the tactic for a kid-friendly animated film like Minions: The Rise of Gru. The point is that this agreement gives Universal flexibility. If a movie isn’t performing up to expectations in theaters, the studio only has to wait 17 days to pivot its marketing plans to the film’s PVOD. If Universal knows ahead of time that it has a turkey on its hands, it can give a movie a smaller opening to fulfill a contract calling for its theatrical release, then put more energy behind a PVOD campaign.

The other important element of this arrangement is that AMC is launching its own VOD platform AMC Theaters on Demand, where it would, presumably, receive a bigger split than if someone chooses to rent a new Universal movie on iTunes.

Of course, the 17-day rule only applies to the U.S., so in the coming weeks, the theater chain will sit down with Universal and begin discussions surrounding international distribution agreements in the European and Middle Eastern countries in which AMC operates. Meanwhile, Universal’s traditional windows for VOD and electronic sell-through remain unchanged, so you won’t be able to purchase films after 17 days, nor will you be able to rent them for the same low price as a traditional rental, which is typically around $4-5 dollars. “The theatrical experience continues to be the cornerstone of our business,” said UFEG chairman Donna Langley. “The partnership we’ve forged with AMC is driven by our collective desire to ensure a thriving future for the film distribution ecosystem and to meet consumer demand with flexibility and optionality.”

“Universal’s commitment to innovation in how we deliver content to audiences is what our artists, partners and shareholders all expect of us, and we are excited about the opportunity this new structure presents to grow our business,” said UFEG’s vice chairman and chief distribution officer Peter Levinsohn, who led negotiations on behalf of the studio. “We are grateful to AMC for their partnership and the leadership they have shown in working with us to reach this historic deal.”

“AMC enthusiastically embraces this new industry model both because we are participating in the entirety of the economics of the new structure, and because premium video on demand creates the added potential for increased movie studio profitability, which should in turn lead to the green-lighting of more theatrical movies,” added AMC CEO Adam Aron. “This multi-year agreement preserves exclusivity for theatrical viewing for at least the first three weekends of a film’s release, during which time a considerable majority of a movie’s theatrical box office revenue typically is generated. AMC will also share in these new revenue streams that will come to the movie ecosystem from premium video on demand. So, in total, Universal and AMC each believe this will expand the market and benefit us all.” 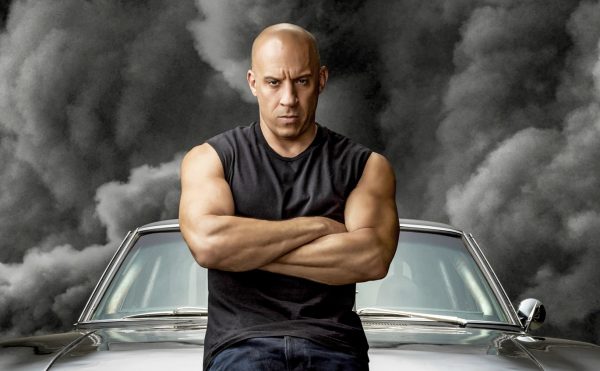 Aron had a lot more to say in the statement sent to press. “Focusing on the long-term health of our industry, we would note that just as restaurants have thrived even though every home has a kitchen, AMC is highly confident that moviegoers will come to our theatres in huge numbers in a post-pandemic world. As people enjoy getting out of their homes, we believe the mystical escape and magical communal experience offered at our theatres will always be a compelling draw, including as it does our big screens, big sound and big seats not to mention the alluring aroma of our perfectly prepared popcorn. Universal and AMC have partnered in bringing stellar movies to moviegoers for a full century. With this historic industry changing agreement, together we will continue to do so and in a way that should drive success for us both.”

Naturally, the full terms of the deal were not disclosed, but look for other studios to follow Universal’s lead and cut similar deals with major theater chains. Universal has long sought to collapse the theatrical window, so this is a major win for the studio without it being a major blow for theaters. And it surely comes as a relief to filmmakers like Colin Trevorrow, whose Jurassic World: Dominion can now play in AMC theaters after its war of words with Universal earlier this summer over the PVOD release of Trolls World Tour. For more on that heated exhibition dispute, click here.