Is the Chinese film industry set to take Hollywood by storm?

The question is, why? I mean, Hollywood is sexy… but not the greatest business in the world. I recall having had a dinner in Beijing several years ago with a cadre of Chinese media people as well as several high-ranking Generals. When the topic of “why is China so hell bent on being a major player in the film business?” came up, the answer was a resounding, no holds barred, “propaganda”.

The powers that be in China look to film, television and online media as a way to spread the message: “China is a great place, with great people and a great government”. Many in China look at it this way: “The USA became a global cultural icon because of Hollywood”. That may well have been true back in the 1930s till the ‘60s, but if we take a close look at film and TV of today, American themes generally run to the dystopian, not the utopian images of the 1950s.

Hollywood is most definitely not a great business model. Making a film is tantamount to playing roulette in Las Vegas. Yes, there are some big winners, but the cost of entry is quite steep. There is no guaranteed path to success. One would think that if you made a film at the lowest possible price with the best possible people, then you would have a hit. Not so. No one (except maybe Pixar and James Cameron) has a continued track record of making successful films time after time.

The exclusive club of Hollywood

Over the last quarter century, I’ve witnessed attempts by Japan, Korea and India (in that order) to try to become a major player in Hollywood. Japan took a very corporate approach: acquire a major studio. In 1989 Sony bought Columbia Pictures for $3.4 billion and in 1990 Matsushita paid $6.1 billion for Universal. Interestingly enough they made these acquisitions in the hopes of winning the VHS/Betamax war. VHS won that war but Matsushita realised that they had no idea how to run a movie studio; they sold Universal just five years later.

Korea realised the mistakes made by Japan. It was obvious that if one just bought a major motion picture studio, it didn’t mean that you actually got to manage it. So, CJ Entertainment, Korea’s largest and most powerful entertainment entity, decided to help start a new studio, DreamWorks. They invested a huge sum and a decade later sold to Paramount.

Reliance Entertainment, a leading Indian media company, saw that owning or starting studios hadn’t worked, so Reliance focused on services to the studios and putting talent deals in place in the hopes of partnering with Hollywood. That didn’t work very well either.

To quote Bill Emmott of The Baltimore Sun: “Cash, ambition, arrogance – with clues like that, Hollywood can spot a fool even before he has ridden over the horizon.” Hollywood has a history of playing with OPM (other people’s money).

China has become an economic powerhouse as a result of a dedicated, diligent and to date, very inexpensive workforce. China has become the world’s factory, and while there have been efforts on the part of the Chinese government to change ‘Made in China’ to ‘Invented in China’, not much has changed.

It seemed to the Chinese that they could enter Hollywood in the same way they entered the tech business, by being a service provider or a manufacturer. Unfortunately, that model has not seemed to work in the film industry. With the hope of attracting Hollywood projects, several giant sound stage complexes have been erected, at great expense, in China. To date, that gamble too has not been fruitful. Additionally, China, through either acquisition (Digital Domain) or by building its own VFX services company, has not yet been seen as a world-class post-production provider.

Over the last several years, a new model has emerged from China. The concept being that if one co-mingles the creative team with both Chinese and Hollywood talent, and if one bases the film on a Chinese theme and creates a fantasy, visual-effects-laden 3D movie… well, one can’t lose! The Great Wall, a $150M+ budgeted film made $45M in box office in the USA, while it did $290M internationally ($171M in China).

In 2016, China was building 27 screens every day. With 1.379 billion people and close to 40,000 screens, China will soon be the largest movie market on the planet. To date, of the top ten films in China, seven are Chinese films, and in just ten months Chinese box office has passed the $7 billion mark (compared to US box office of $8.733 billion).

It seems to me, from a business perspective, that given the enormous growth in the Chinese box office, China should focus on creating local content. While creating Chinese content exclusively for Chinese audiences might be a much better business decision, that path does not address China’s desire to spread the glory of China through film, like Hollywood had done so many years ago.

The dictionary definition of propaganda is ‘information, ideas or rumours deliberately spread widely to help or harm a person, group, movement, institution, nation, etc’. In the West, many can smell propaganda. Audiences sense that we are being manipulated. Young adults recoil from advertising. While Hollywood might have shaped global opinion of what America seemed like after the Second World War, I find it difficult to imagine that Chinese cinema, or any cinema for that matter, could sway the minds of a global audience in the same way it had 60 years ago.

And given the vast differences between Western and Chinese culture, the language, the customs, story structure, musical preferences and performance sensibilities, China should not use film as a tool of propaganda. Chinese films made by Chinese talent will do great business… in China. And given President Xi Jinping’s global perspective, his outreach with programs such as the One Belt One Road initiative and his desire to end poverty in China by 2020, speaking truthfully has more power than any piece of propaganda.

More from Scott Ross at Vertex 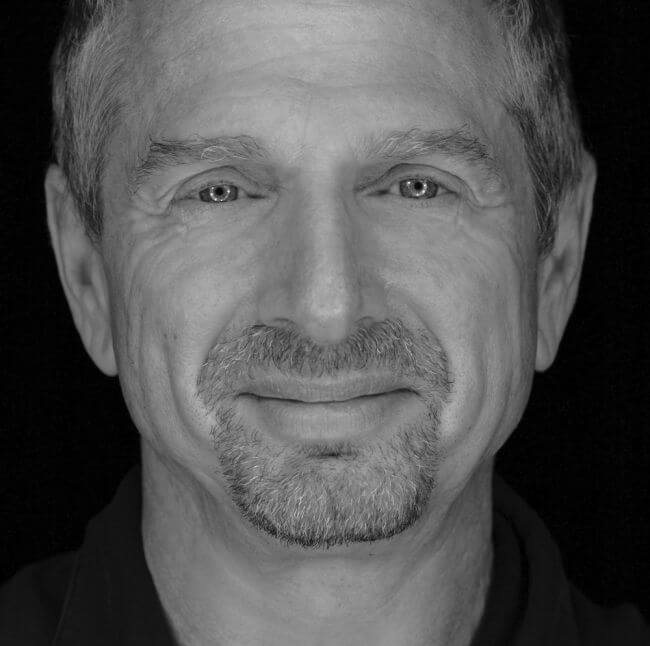 Digital Domain founder Scott will be at Vertex talking about the future of the VFX industry post-Brexit, looking at the opportunities that will be presented. Rob Redman, editor of 3D World, will be quizzing Scott on stage in the auditorium, so to ensure you don’t miss out on Scott’s fascinating insights, book your all access passes now.

To book a ticket for Vertex 2018 head over to the Vertex site, where you will find information on all the day’s activities, from keynote talks to the panel discussion and recruitment fair.

Why Vertex is a must for CG artists

The ethics of digital humans