Remaining months of 2019 are totally stacked with amazing games from Nintendo exclusives to third-party giants, people who game on Nintendo Switch are in for some great upcoming titles that can not be missed at all. Check them out! 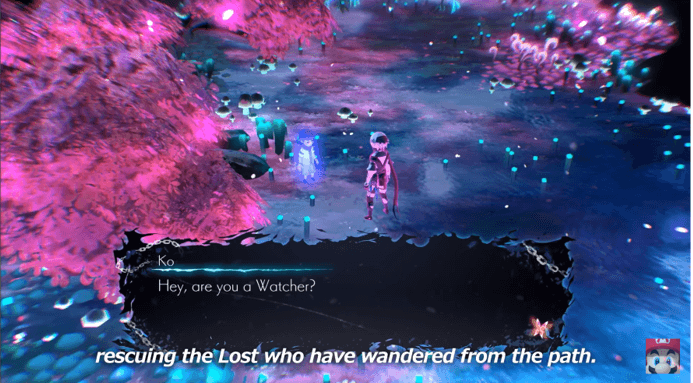 ONINAKI is an up and coming action-RPG from the Tokyo RPG Factory team, the same developers who are famous for making games I am Setsuna and Lost Sphear. “ONINAKI follows the story of Kagachi, a young watcher whose duty is to usher Lost Souls into the next world.

After meeting a mysterious girl named Linne, his fate becomes entwined with blood and death. During the journey, players will also meet key characters like Kushi, an exemplary Watcher and trusted leader, Mayura, a Watcher with a kind heart, and the malicious Night Devil from a forgotten time.” The game is all set to release on 22nd August 2019.

The Spyro Reignited Trilogy game collection is coming to Nintendo Switch. This collection includes remastered versions of the original three games, Spyro the Dragon, Spyro 2: Ripto’s Rage! and Spyro: Year of the Dragon in one package. You’ll be able to take control of the original little roast master while exploring expansive realms, dealing with various fiery personalities throughout the lands and adventuring in fully remastered glory. Releasing 3rd September 2019 Legend of Zelda: Link’s Awakening was originally released for the Nintendo Game Boy over 25 years ago. It’s highly thought of and probably one the most well-loved games in the series. Now it’s being reimagined for Nintendo Switch in 2019. Now you’ll be returning to the island of Koholint in order to guide Link on a perilous adventure. Get the classic game re imagined on 20th September 2019

Despite the fact that EA dissed switch not so long ago FIFA is still coming to Switch this year. FIFA 20 comes with VOLTA Football mechanics and the ability to build your players, pick and express your own personal style as you play. More of the same, plus some new experiences too all on 27th September 2019.

A new generation of Pokémon is coming to the Switch later this year. With Pokémon Sword and Pokémon Shield you’ll be starting your adventure by choosing one of three new partner Pokémon: Grookey, Scorbunny or Sobble before catching, battling and trading. Players of this new game will be able to control the camera and explore the Wild Area, whilst also being able to play with other Pokémon gamers locally or online in the new multiplayer co-op. Releasing 15th November 2019

What do we need to say about Doom Eternal? If you know Doom, then you know what you’re getting here. Gorey demon-slaying with insanely powerful weapons and brilliantly gory animations. Doom Eternal will also see you adventuring to never-before-seen worlds to kick demonic butt. Definitely not for young ones, but plenty of fun for grown-ups. Kill demons in hell when the next chapter of Doom releases on 22nd November 2019.

Play as Mario, Sonic, Yoshi, Amy Rose, Luigi, Dr. Eggman and many more of your favourite characters in Mario & Sonic at the Olympic Games Tokyo 2020. This new game will see the best gaming characters competing in various sporting events including everything from skateboarding to karate, surfing, and climbing, as well as a large selection of classic events. This game will also support both local and online play for up to 8 players, so you can get competing against your friends too. All set to release in November 2019.

Daemon X Machina is a third-person shooter for the Nintendo Switch. It was originally revealed at Nintendo’s presentation at E3 2018 and is set to release later this year. Players will be in control of Arsenal mechs battling it out with other mechs in fierce fighting through different missions. Down other mechs and you get to scavenge them for parts. This game is set to include online and local multiplayer support too.  The game is all set to release on 13th September 2019

The awesome horror third-person shooters Resident Evil 5 and 6 are coming to Switch later this year. They might have been a long time coming, but fans of the series will no doubt be pleased to get the chance to play the classic survival horror games on their favorite portable gaming device. You can take horror adventures on the go in autumn 2019.

Funny thing is that there isn’t a whole lot of information about the game at present – even the name might change – but we all are glad that it is in development and know that it will be out in 2019.

Which upcoming games for Nintendo Switch has got you all hyped up? Honestly, we are looking forward to all of the games mentioned in the list.