The Singapore Pavilion at Hong Kong Filmart will see the participation of companies ranging from film and TV producers such as Clover Films and Wawa Pictures, to media service providers such as Mocha Chai Laboratories and Ying Group. This is part of Singapore’s push to connect content creators with potential partners across multiple formats. In line with this, the sixth edition of the Singapore Media Festival (SMF) 2019 will return from 21 November to 8 December, with expanded offerings for both consumers and industry.

Singapore content highlights at Hong Kong Filmart 2019
1. Coming to a screen near you soon | Gearing up for an exciting line-up in 2019 and beyond

In Encore Films’ comedy Fat Hope, an aloof, demanding supermodel has the tables turned on her when a Facebook curse turns her overweight overnight. As she scrambles to lose weight in time for a major fashion campaign, she realises that happiness comes in all shapes and sizes.

Number 1 by mm2 Entertainment and Byleft Productions is a comedy about family and friendship that follows the tribulations of retrenched whitecollared executive, Qi Ming. After many failed interviews, Qi Ming takes up a job as a manager at a drag club called “Number 1”, and a series of events unfold when he is made to fill in in drag and perform with the other drag queens, eventually becoming the biggest performer in the business.

Far Away My Shadow Wandered by Potocol, is a documentary that follows a young man Junya, who moved away from home rather than fulfil a promise made to his late grandfather, to take over the family Shinto shrine. His fateful encounter with a dancer leads him to confront that past, and gives the dancer
inspiration for her work. Together, they revisit Junya’s hometown to reconnect with his childhood and find closure to the broken promise.

In the horror film, Ibu (Mother) by Papahan Films, a widow is left to fend for herself after losing her husband to a catastrophic accident. She attempts to
start afresh with her step-daughter, who lost her leg in the same accident. She finds herself constantly being harshly rejected whenever she tries to rekindle
her ties with the step-daughter, who is in her own downward spiral. But when a series of sinister events threatens their already fragile relationship, they realise they need each other now more than ever

The last subway ride home from the city becomes a deadly journey in Circle Line, as a single mother and her son find themselves trapped underground, the last survivors of an attack by a mysterious creature. This horror action film, Singapore’s first creature feature, is produced by Taipan Films.

2. Intriguing Stories Across Genres | Diverse variety of television content from Singapore, spanning drama, to thrillers, to animation and more

The Little Nyonya – New Edition, produced by G.H.Y Culture & Media (Singapore) is a remake of the 2008 hit Singapore TV series of the same name. The Chinese-language drama depicts the trials and tribulations of Chinese immigrants in Southeast Asia who have to make a new home after marrying the natives of their new land.

The Backward Race by Sitting In Pictures is a children’s TV game show with a fresh concept that incorporates the TV medium with Augmented Reality (AR). In each episode of this fast-paced reality programme, two teams compete against each other in physical fitness and their knowledge of Singapore’s best-loved heritage sites. This game is also available to play on mobile devices.

In Weird Food Diaries, avid foodie-cum-traveller Rozz Lee hunts for the most bizarre eats in Asia, from slimy swamp worms to live ‘delicacies’. Whether it is exotic street food or haute cuisine in Japan, Vietnam, Cambodia, Taiwan, Thailand, Korea, Indonesia and the Philippines, Rozz is game to try them all! Weird Food Diaries is produced by The Moving Visuals Co and distributed by Ying Group.

The Distance Between finds Amos, a spoilt rich kid forced to move into a caravan with no financial aid. His mother tasks him to obtain 12 items from different locations across Australia before he will get the money he badly needs. While on his quest, Amos meets CoCo and Warren, and the odd trio form an unusual relationship. The Distance Between is produced by Mediacorp.

3. Information on participating companies at the Singapore Pavilion can be found in Annex A.

5.Hosted by the IMDA, the Singapore Media Festival (SMF) is one of Asia’s leading international media events, where the industry meets to discover the latest trends, talent and content in the region for Film, TV and digital media.

6. In 2019, the SMF will continue to be Singapore’s leading platform to showcase our most promising talents and companies to the world. Last December, the Festival attracted over 23,000 media professionals and industry thought-leaders, and facilitated more than US$313 million worth of deals. The festival is looking to expand its offerings to seize the opportunities created by the growing convergence of the tech and media industries, and strengthen Singapore’s thought leadership in the region. More details will be announced at a later date.

7. Information on the Singapore Media Festival (SMF) can be found in Annex B.

ANNEX A – INFORMATION ON SINGAPORE COMPANIES AT HONG KONG FILMART 2019

ANNEX B – ABOUT THE SINGAPORE MEDIA FESTIVAL’S CONSTITUENT EVENTS

SMF Ignite gathers emerging media content creators in Singapore and around the region to learn, network, create and collaborate. Organised by the Infocomm Media Development Authority (IMDA) in collaboration with partners from the digital and media industries, the annual event spotlights digital trends and
new opportunities for the Asian storyteller. Through interactive workshops and conferences, SMF Ignite sparks a vibrant ecosystem of creators and businesses who can stand at the forefront of innovative storytelling. 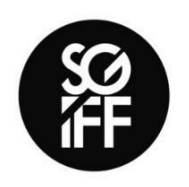 30th Singapore International Film Festival (SGIFF)
21 November – 1 December
Founded in 1987, the Singapore International Film Festival (SGIFF) is the largest and longest-running film event in Singapore. It has become an iconic event in the local arts calendar that is widely attended by international film critics, and known for its dynamic programming and focus on groundbreaking Asian cinema for Singapore and the region. Committed to nurturing and championing local and regional talent, its competition component, the Silver Screen Awards, brings together emerging filmmakers from Asia and Southeast Asia while paying tribute to acclaimed cinema legends. With its mentorship programmes, masterclasses and dialogues with attending filmmakers, the Festival also serves as a catalyst for igniting public interest, artistic dialogue, and cultural exchanges in the art of filmmaking. The SGIFF is organised by the Singapore International Film Festival Ltd, a non-profit organisation with Institution of Public Character (IPC) status.
For more information, please visit www.sgiff.com.

The Asian Academy Creative Awards (AAA’s) is established by the Asian Academy Creative Awards Pte Ltd to serve the creative industries, as the pinnacle of their achievements in content creation and media production.
Open to countries throughout the Asia Pacific region, the AAA honours excellence in craft and technical disciplines across multiple platforms, including television, digital, streaming and emerging technologies.
The AAA is a constituent event of the Singapore Media Festival and is supported by the Infocomm Media Development Authority (IMDA). For more details on the AAA, please visit www.asianacademycreativeawards.com.

Asia TV Forum & Market (ATF) – the region’s leading entertainment content event – is the platform of calibre to acquire knowledge, network, buy, sell, finance, distribute and coproduce across all platforms. It is the premier stage in Asia to engage with the entertainment industry’s top players from around the world. It’s where the best minds meet and the futureof Asia’s content is shaped.
ATF also offers the opportunity to discover vital trends, crucial statistics and significant foresight in TV’s digital, kids andformats arenas. Its business match-making opportunities open doors to some of the best new offerings in the region. With over 5,600 international buyers and sellers from 58 countries, ATF
presents valuable business prospects for top of the line benefits. ATF will be celebrating its 20th edition this year.