DenBoer handled all the video’s production, including animation, VFX, compositing and editing. “I shot empty scenes at Joel’s [Joel Thomas Zimmerman – aka deadmau5] house last year with my Ursa mini-camera — he was actually the drone pilot, using his DJI Inspire Drone for the aerial shots,” the director says. “I took HDRI images of every scene with my Ricoh Theta camera and used them for the lighting as well as for backgrounds on the closeups. Everything was motion tracked and animated in Cinema 4D except a few problem shots tracked in SynthEyes.” DenBoer did all his rendering with Octane – he used After Effects for compositing and Premiere for editing.

As far as modeling, the director found materials in a variety of places. “The 3D models came from all over,” DenBoer notes. “I bought a lot of scanned human models from ten24.info and lots of random stuff from Turbosquid. Many of the models I bought were altered, warped and Frankensteined into new creations and characters. I also modeled a lot of stuff from scratch in Cinema4D, like the Eyeball Guy, the porta-potties and the robot with the legs among others.”

In describing his bizarre visual design and narrative choices, DenBoar explains, “This was a bit of a free-form project. I had no idea what I was going to do when I shot it other than that I wanted to make a weird house party. I originally showed Joel this little clip I made of my studio and suggested we do a bigger version of his mansion. He was down so we hung out and shot a bunch of empty scenes ripe for a CGI invasion. And then it turned into this crazy music video…”

Overall, DenBoer’s biggest challenge was primarily one of fidelity rather than creativity. “The biggest challenge on this one was that I decided to do it all in 4K, which beefed up render times and was probably overkill, But, it looks great at full resolution,” he says. “In addition, the opening drone shot up the driveway was a bit challenging. I had to break it up into a bunch of different parts because I was maxing out my VRAM with Octane. It was way too many polygons and made for a bit of a complicated compositing situation, but it all worked out and having separated elements made life easier when it came to revisions.” 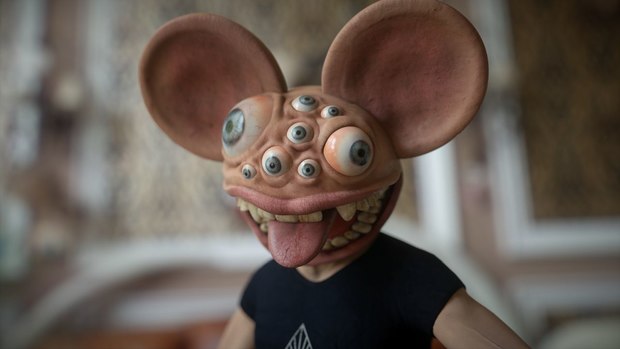 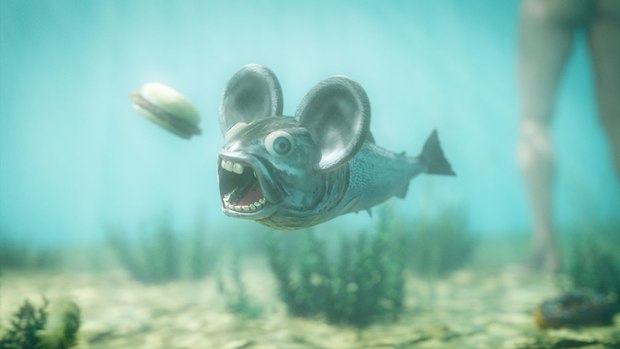 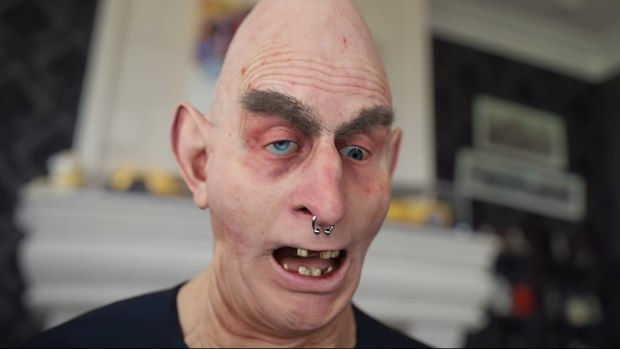 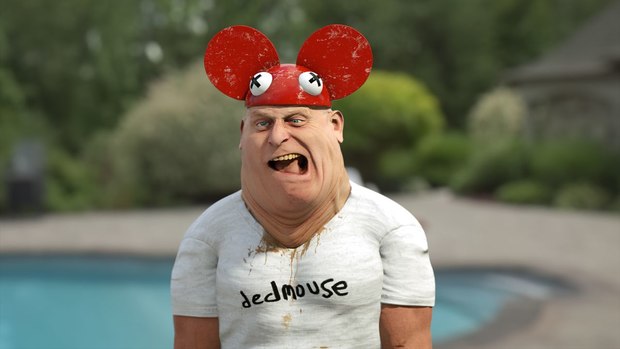 Dan Sarto is Publisher and Editor-at-Large of Animation World Network.