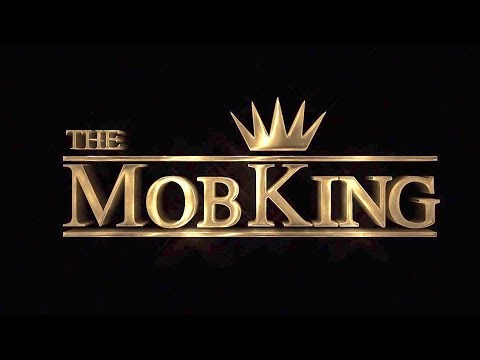 MobKing is based on the award-winning web series of the same name, created by and starring Ciro Dapagio who reprises his role as Mike White, a “rehabilitated” gangster who has distinguished himself as a man of honor, a stand-up guy, but after being released from a lengthy prison sentence, he finds himself the target of Miami’s most notorious criminal organization. Russo steps into the role of Dominick “Dom” Sasso, the head of the Sasso Crime Family in South Florida, the Capo di Tutti Capi, a respected leader, ruthless when necessary when it comes to protecting his family.

“After working on the award-winning web series, The MobKing, I was thrilled by the international fanbase’s (of over two million engaged followers) response to the main character, reformed mobster Mike White. In crafting the feature film version, we were all excited to make our contribution to the mob flick genre by creating something familiar yet still special and unique; something that has its own special blend of traditional codes and how that works in today’s world.” Said Yanes.

Ciro Dapagio, himself a fascinating character, is a former participant of Florida’s underground organized crime and spent 19 years in prison for RICO violations. After being released, he pivoted, shaping a film and television career from his life experiences. One of the key reasons The MobKing web series garnered millions of loyal followers, around the world, was because of the authenticity Ciro brought to the table.

“A good decade and a half (in prison) can go a very long way in changing your perspective on your life path and how you should live your life. There’s nothing cool about a life of crime. It does not pay. And the driving force behind me coming to that realization is my family and my kids. I wanted to do something in this life that my kids can be proud of. I want to create a better second half of my life than the first half. This project and its success will make up for all of my past mistakes ten times over.” Said Dapagio.

Dapagio takes the issue of diversity and inclusion to heart. Behind-the-scenes, key members of the MobKing crew consists of Latinos and African-Americans, including producer/director and co-screenwriter, Jorge Yanes, and the producer/co-screenwriter, Christy Trabadass both of which responded to the challenge of writing a taunting mob movie achieving the goal when transforming the hit web series (The MobKing) into a film.

“MobKing is a film that has the commercial viability and global appeal that audiences all over the world are clamoring for. MobKing is that film that fills the hole in the marketplace that will thrill both buyers and moviegoers alike.” Said Executive Producer Anthony Caliendo.