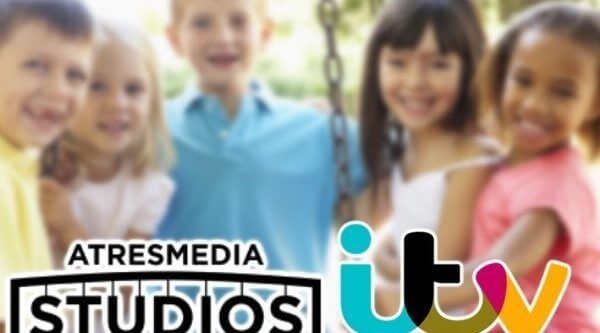 MIPCOM, Cannes, 14 October, 2019 – ITV Studios and Atresmedia Studios have agreed a co-development deal for a new gameshow format Trust Me I’m A Six-Year-old.

The alliance with Atresmedia Studios has seen the development team of ITV Studios label Possessed work with their counterparts at the Spanish company to create the exciting new format which will see celebrities go head-to-head across four competitive rounds, where their only guidance comes from a group of rowdy kids with their inimitable style of instruction.

From undercover pranks to hilarious physical challenges, the celebrity that can best get into the minds of the small stars will lift the Big Kid Cup and have the chance to win their very little helpers a prize haul in the final.

Mike Beale, MD, ITV Studios Creative Network said: “We are looking to partner and work with broadcasters across the world, be it on co-developments or co-productions, and we are excited about our alliance with Atresmedia Studios to bring Trust Me I’m A Six-Year-Old to the market. We are already registering a high level of interest in the format and eager to explore it’s global potential.”

“We are delighted to creatively collaborate with a partner in the international market such as ITV Studios. This agreement exemplifies the essence of Atresmedia Studios, whose aim is to satisfy the demand of content for a global market,”said Ignacio Corrales, CEO of Atresmedia Studios.