Esports content consumption will grow by 2x or even 3x by 2021: Nodwin Gaming’s Lalita Narayan Nayak.

After her degree in English Literature from Ramnarain Ruia College, Lalita Narayan Nayak went on to work with some of the biggest brands around. After her stint with the Times Group, she went on to join the financial powerhouse, J.P. Morgan to steer ahead brand strategies and advertising, sponsorship, and more.

As she mentions, she has been a marketer for the large portion of her career and has driven operations at some very respected positions. Having seen the axiomatic paradigm shift with the advent of digital, she is a seasoned marketer with a lot of valuable experience in her quiver.

A few months back, the marketing veteran joined NODWIN Gaming as the head of sales and marketing to drive the brand to further success after a stint of almost six years with CNBC-TV18 as the head of marketing (West).

Esports being a fairly new industry is already turning heads. According to the market research report global esports market is expected to grow from $1.09 billion in 2019 and to $1.11 billion in 2020 at a growth rate of 2.16 per cent. The slow growth in 2020 is mainly due to the economic slowdown across countries owing to the COVID-19 outbreak and the measures to contain it. The market is then expected to grow and reach $2.11 billion in 2023 at CAGR of 23.82 per cent. North America was the largest region in the esports market in 2019. The Asia Pacific is expected to be the fastest-growing region in the forecast period.

We spoke to Lalita Narayan Nayak to get an idea on what to expect out the market and NODWIN Gaming. She was precise and insightful about best marketing practices and her new found love for the gaming and esports industry. 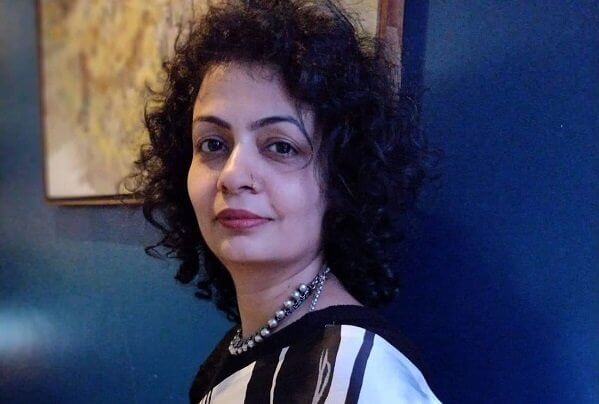 Here are the excerpts:

How have you been, in the pandemic?

I think it is if we can pave the way for a completely new kind of work-relationship people have with their employees. Today luxury has become the necessity. This is just the old adaptation theory of nature, right? When you don’t adapt to it, nature ensures that you’re learning COVID faster.

Let’s talk esports, this is your foray into esports, what do you feel about the transition?

You’re right. I’ve not worked with the esports industry before. Earlier I used to work for television and news and I’ve worked with a few renowned media houses. In both places, the audiences were very mature and evolved. Gaming or esports has a very different audience. The audience is diametrically opposite. The consumption of the esports related content is mostly done by an age group and almost 60 per cent of our audience is in that specific age bracket. I won’t say they are mostly but they are primarily in the 16 to 24 age group.

If you could elaborate a little more on that?

Today’s 11 to 24-year-old age group hardly watch TV, they are all on OTT platforms they are all consuming digital content. The generation after that I am not even sure, they will be even more specific, I think. So, my audience majorly stays on a platform like YouTube. It provides interactive entertainment. You are sitting and watching stuff on YouTube and reacting to it live.

Esports has grown over the past number of years in India, let me tell you, it’s not just about active views, it’s about active interaction with the game. They are no longer sitting and watching they are actually commenting on it

What about the audience?

This audience has a mind of its own, this audience believes that they understand the world and they also want to change the world. So, there is a big difference and this is of course is connected to the next generation, the future. The next set of entertainment sport will be coming from this sector is what I believe.

What are your views on the Indian esports Scenario as opposed to the South East Asian or the western counterparts?

The South East Asian counterparts have developed a lot. So, in places like Thailand, Philippines and more, they have a very evolved set of audience.

There is a vast difference between the scenario between South East Asia and India because their audiences consume far more digital entertainment, we also have other issues like we still have huge parts of our country surviving on 2G network.

What do you think can be done to make Indian esports much more lucrative for brands?

I think there are one or two things that I think are the big issues that there in in Indian esports industry. Firstly, the comparison that the marketers make between traditional activation of a brand vs esports. So, there are somethings that marketers need to be particular about. So, one of the issues is that, esports is a very niche industry where we need specific branding so these are those people who understand gaming, they are very strategy oriented. It is very difficult to break even and establish themselves and that I am talking about brands. This consumer base has a very stoked up interest and they have very particular preferences. So, our first interaction is to make them understand what is the fan base about. What I believe is research needs to be done on what it is about because all of this can be solved if they worked with a right partner and they will actually get returns. Also, a lot of the brands just enter esports with very little knowledge of the industry because of which they are not able to increase their brand loyalty and performance. The second thing about esports is that there is a lack of standardisation. For example, when the tournaments arrive, everybody proclaims that they are the largest tournament in the world. Is that really true? The reality is that or not, that needs to be checked. So those things create an imbalance in the market because the contradiction is there.

What about the shift in marketing paradigm?

Most marketers need immediate results and in esports that cannot be. It will take time. That doesn’t mean it will take two decades or something but it is something that you steadily develop but this is the bus that nobody should miss. When I started my career; digital was is something that didn’t exist. Let’s say in maybe 2013-14. Digital was two or three per cent of my marketing budget.

Today in esports it is almost hundred percent almost I must say.

In other brands from 30 per cent in March it has gone to 80 per cent. Esports is something you don’t want to live without. It is a bit more complicated with much more novelty. It is an industry full of people with a lot of passion, who love challenge and who love gaming. I am talking about people who are not just a part of this industry, I’m talking about people who are actually viewing and playing.

Our viewership for example has gone up by 50 per cent in the last four months. In fact, recently I was talking to one brand and it was astonishing. They told me that there is a group of people of a particular age group about 14 to 24. They were either studying or playing games. They were not even watching a lot of content because there was no new content coming out on the OTT platforms. Recently in the last one month, we’ve started posting fresh content. Every day we were streaming live for three to four hours over the last three months.

So, the pandemic has been kind of a boost for you as well??

See what happens is when you’re involved in work or you’re going to office, you think there is a schedule. But when you’re sitting at home and you’ve watched every new thing that has come up on OTT platforms, so when your child is sitting and playing a game, you would like to join.

What would be according to you should be the role of an esports marketer catering to the Indian market?

An esports marketer should be a combination of a conflict manager and a community manager. You should provide right brand solutions and ensure that you speak regularly with your consumers.

See my audience has very less tolerance levels but I will say that their tolerance for inefficiency is very low. They could judge you as inefficient so you have to ensure that you put out the right content every time.

Do you see more brands coming into the Indian esports ecosystem in the next one year?

I see that if a brand is not a part of this yet, they will inevitably curious about it.

How is the market in terms of languages, the vernacular ones?

Our viewership in Hindi is far exceeds our English viewership. It is no longer an elitist game and that’s why there has been an upsurge in Hindi shoutcasting as well. So, we have started getting branches from our service providers that we need to put out content in other languages, so we are now branching out in other languages like Hindi and Tamil as well

How do you tackle the challenges for the stakeholders of the industry?

So, I am extremely proud to tell you that our teams are evolved and evolving a lot. They have very smart mechanisms and knack to ensure that such problems are not created. We have ensured that we value a particular rule you know that our stakeholders are at all times respected. And most of that also comes with experience and as you may understand that we are a new industry. As I mentioned, there is a lack of standardisation. So every time it brings in new challenges we are learning and evolving. We craft a smart enough solution and we solve it first. We try to solve them before things get out of hand. To answer your question, there is a standardisation issue but most of it is often smoothed out by our teams

Taking everything into account, the pandemic, user count increasing, participation, more deals for everybody. Where do you see Indian Esports in the next two years?

The industry is evolving so fast so quickly that we are literally trying to catch our breaths and most of the times right now at least. Inevitably right now, the digital content space is taking up a major percentage of the nation’s content consumption. I have a feeling that the percentage right now that is esports occupied is going to double or triple go higher in the following year.

The viewership which is perhaps right now huge, will only grow. Live streaming something which is yet to be recognised by a lot of marketeers and is something we need to engage with.