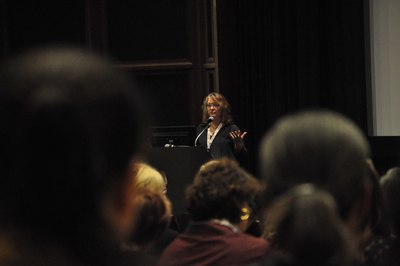 “I do believe that you are most vulnerable when you are first starting out because there’s no one to turn to,” panelist Jane Hartwell, producer of upcoming animated feature UglyDolls for STX Entertainment, noted. “It’s important to stand up and not be a victim, because it just gets worse. It’s surprising how effective you can be in standing up for yourself.”

Animation historian Mindy Johnson, the author of “Ink & Paint: The Women of Walt Disney’s Animation,” led a rapt audience in her discussion of the historical role of women in the animation industry, noting that the early ink & paint artists were akin to Ginger Rogers, who “did everything Fred Astaire did, except backwards and in high heels.” Joining Johnson on stage were pioneering Disney animators Enid Denbo Wizig and Jane Shattuck-Takamoto-Baer, both of whom shared their perspectives on their careers at the studio during the 1940s and 50s.

The “Women in Animation (WIA) presents NextGen World View” panel, moderated by Emily Nordwind, Vice President of Production at Paramount Animation, brought together several early and mid-career filmmakers to describe their goals and strategies for workplace inclusion. Introducing the panel, WIA president Marge Dean emphasized the need for continued momentum in resuming the conversation about women in the workplace that was started back in in the 1970s. “There is great power in diversity,” Dean commented. “When you bring people together you get better ideas, better results.” 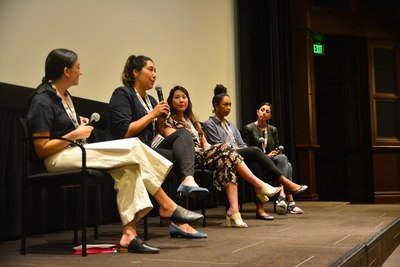 L to R: Panelists Megan Dong, Louise Nemschoff, Amy Winfrey, Sidney Clifton and Jane Hartwell with moderator Ashley Long during the “Breaking through the Boys’ Club: Effective Strategies for Positive Change in the Industry” panel at the Breaking the Glass Frame symposium.

For Mann, the silver lining behind the many recent sexual harassment cases in the animation industry –John Lasseter, Chris Savino, John Kricfalusi, and others — is that it “ignited a large number of people to wake up and get motivated to change things for the better,” she explains. “I think that feminists from my generation feel re-energized and hopeful by the tremendous response of the next generation. On campus, it seems that ‘feminism’ is no longer being dismissed and derided as ‘the other F-word,’ but embraced and understood as essential. That is very encouraging. This symposium was a step in the right direction, to shine a light, to discuss strategies, to create a powerful network, and to ‘break the glass frame’ for good. We hope that the BTGF symposium will spawn other individuals, academic institutions, organizations, and studios to create many more networking events in the near future to keep the momentum going.”

“From the panel discussions it seemed there was a consensus that the #MeToo movement has impacted the industry,” Sofian concludes. “People are more aware of bad behavior and more likely to report it. In fact, [keynote speaker] Brown Johnson stated that she was inspired to initiate serious sexual harassment training for all of Sesame Workshop employees. I am hopeful that the symposium was impactful, but we do need more of this type of inspirational event to keep the momentum going.” 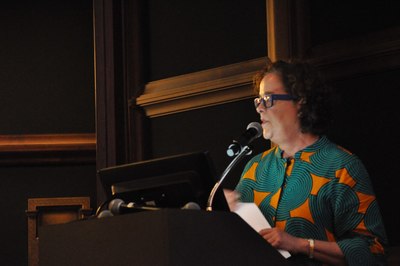