With this tool artists, designers and animators can turn work into an interactive app for iOS without having to do any coding.

We first discovered Lightwell – when its New York-based creators Hullabulu launched the tool in 2017. Yesterday, however, the company’s founder Suzanne Xie announced that her team were joining Twitter to work on its Conversations project and the app would be released for free – though not updated in the future.

In a post on Medium, Suzanne says that the team has updated the apps so “you won’t need to login or have an account to use the tool, which means that you can layout, animate, prototype, and export to iOS without a subscription.

However, “we will no longer be actively supporting the tool or adding new features.

Lightwell helps creatives to build mobile apps without writing a line of code – letting you move from 2D art to an entirely interactive, animated experience that compiles into native iOS app. Hullabalu creates interactive storybook apps for children such as The Adventures of Pan.

Being from this background, it has created a tool that’s primarily aimed at creating narrative-driven playful experiences – but it could be used to produce any type of self-contained app with animated graphics and a relatively small amount of interactivity.

All you need to do is drag and drop your artwork, characters and props into the Lightwell desktop app – which is only available for Mac – then create custom animations, interactions and dialogues before publishing your project directly to the app store – all within a Photoshop-style interface.

If you need any help along the way, Lightwell has a bunch of video tutorials on its website explaining how to create particular features – such as cutting assets, ambient motion and organising layers – so you shouldn’t have any trouble getting started. There are also a few ready-made scene templates to get your creative juices going. 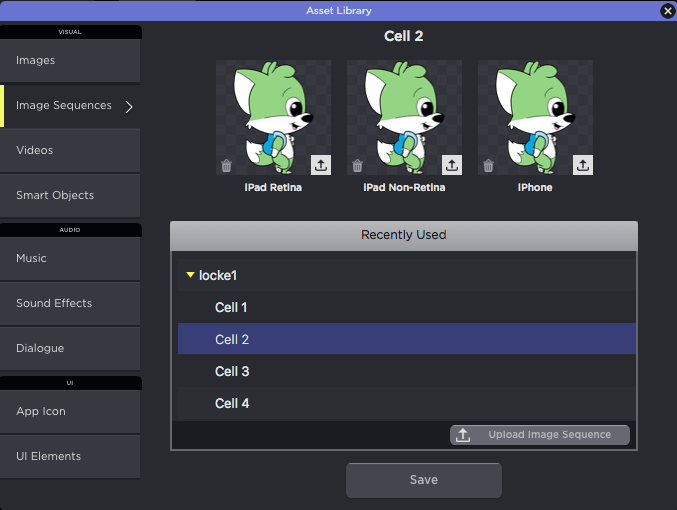 Lip Syncing can be found in the dialogue panel. Instead of creating an entire animation, link sounds in your scripts and watch it automatically animate into dialogue.

Automate your character’s mouth and speech movements by adding a sound file, line text and images.

Upload a series of sprites on a layer and control how they are displayed. This could be adjusting the frame speed, number of repeats, or if it auto-reverses or not. Although the small tool has been around for a while, its perfect for bringing image layers to life.

Interactions can now be grouped together and set to play all at once or sequentially. When set to ‘sequential’, the interactions within the group will only trigger if its previous interactions have been triggered.

Alongside this, each interaction will be limited to the times it can be triggered. Once it has reached that limit, it will automatically be skipped over in its containing group.

These two controls can be combined in as many ways as you want.

Features include creating movement and interaction between characters and objects (such as shake, jump or topple) or your own interaction. Test a project in a companion previewer app to see what the layout looks like on both iPad and iPhone. Users can also add their own sound and dialogue, text and music.

You can download the Lightwell Mac app, and the companion iOS app for previewing your creations here.