The first two projects to emerge from DWA’s shorts program, Oscar-shortlisted films showcase the breadth and depth of talent and technology the studio wields. 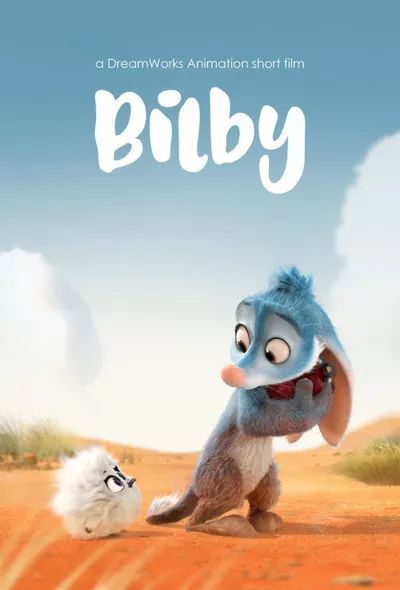 On the heels of this week’s announcement of the 10 animated short films vying for a nomination at the 91st Academy Awards, DreamWorks Animation has released its two contenders online.

The first two projects to emerge from the studio’s fledgling shorts program, both films had the honor of bookending the 2018 Annecy International Animation Festival. Bird Karma, directed by William Salazar, opened the festival; closing it was Bilby, directed by a trio of artists who had been working on Tim Minchin and Chris Miller’s since-pulled feature Larrikins.

The 2D-animated Bird Karma, directed by Salazar and produced by Jeff Hermann, brings a classic hand-drawn look to CG animation. The five-minute short, which was highly lauded at presentations at CalArts, Gnomon, and the recent CTN eXpo, had its World Premiere at the 2018 New York Int’l Children’s Film Festival and went on to win the Audience Award at the San Francisco International Film Festival. Told over richly toned watercolor textures, the delightfully lyrical tale features a long-legged bird who becomes enamored of a gloriously colored fish. When he finally captures and eats his elusive quarry, the karmic consequences prove highly unfortunate:

— Only on ANIMATIONWorld:
Bringing a 2D Touch to DreamWorks Animation Short ‘Bird Karma’ —

Set in the Australian outback, Bilby follows the desert-dwelling marsupial Perry through the trials and tribulations of “parenthood” after he saves an adorable defenseless chick from predators and inadvertently becomes her protector. The nearly eight-minute CG-animated short film was directed by animator, storyboard artist and character designer Pierre Perifel, supervising animator JP Sans, and character lead animator Liron Topaz, and produced by Kelly Cooney over a roughly 10-month span.

The dialogue-free short served as a testing ground for new software now in use on all the studio’s animated features currently in production, including the forthcoming How To Train Your Dragon: The Hidden World. These new tools include the new light rendering engine Moonray, debris scattering tool Sprinkles, an upgraded wind system for grass and fur developed by Jason Weber, and Locomotion, an animation tool developed by a team led by Topaz for creating cycles of motion.