[VRN] “Now, THIS is VR e-Sports!” the Successful University Competition

Cheering sounds of the crowd was filled at the site of ‘Seoul VR·AR Expo (SVAE) 2019’. A group of youngsters even competed for enthusiastic cheering matches. Even visitors stopped passing by, as they turned to watch monitors and people on stage. It’s all because of VR e-Sports prepared by Reality MagiQ, Inc. Reality MagiQ, Inc. hosted the “Magic Arena University Competition” at SVAE site on June 1, to showcase the VR e-sports stage ‘Magic Arena’. Three VR games developed by Reality MagiQ, Inc. ‘Infinite Fire: The Arena’, ‘Superpong 2’, ‘Special Force VR: Infinity War’ have been selected as official games for this year’s event. Students from 6 universities participated in the competition, where 300,000 Won and the 65-inch TV set was in for prizes. 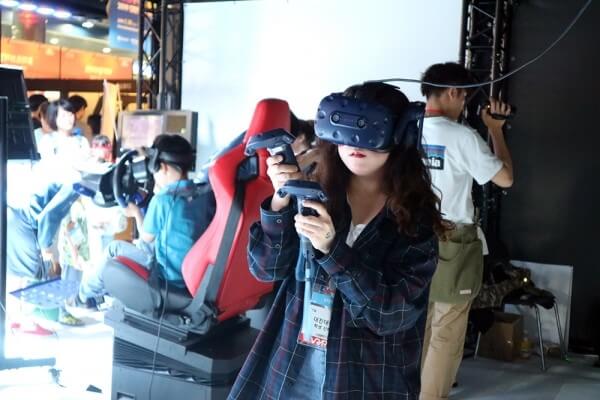 After the pre-game practice, the semifinal match began in a 2:2 approach with the first game, ‘Special Force VR: Infinity War’. With critical geographical features of the battlefield and simple two-time wins the victory, cautiousness in all participant’s movements and the aim were sensed in every game. After a fierce battle, two teams, ‘MEGA’ and ‘Louisidan’ reached the finals. 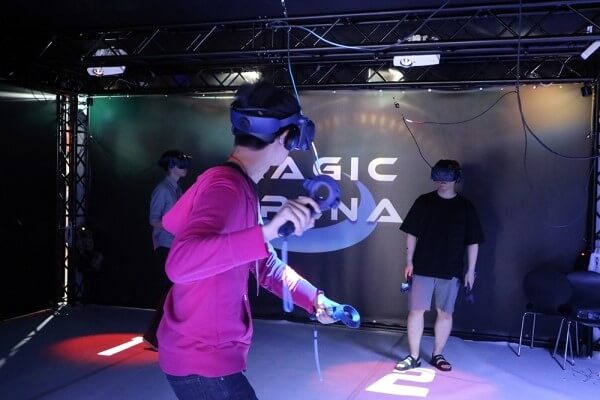 The second game ‘Superpong 2’ was much more breathtaking than previous games since the participants could instantly lose when objects on the map create unexpected variables in the game. Cheering and sighing sounds of the cheering teams were heard whenever a goal was scored. As if to prove the tension of the game, 2 matches in the semifinals were all played up to 5 sets. And once again, another showdown between ‘MEGA’ and ‘Louisidan’ was scheduled. 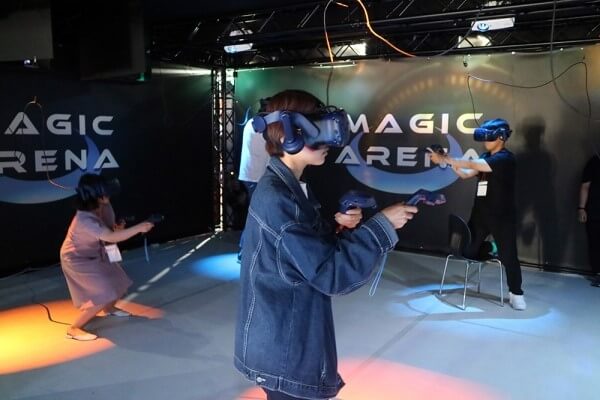 Lastly, ‘Infinite Fire: The Arena’ caught the eye of the visitors with its slugfest. A play that targets the opponent when least expected with a teleport, or succeeds in a series of headshots, was enough to awe the audience. After the series of kill and death without a break, teams to proceed to finals was again decided as ‘MEGA’ and ‘Louisidan’. 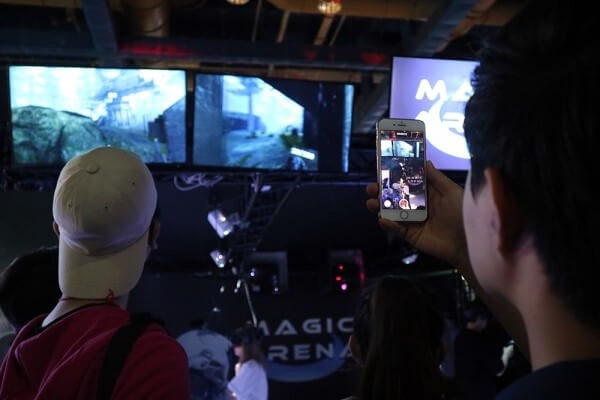 After a brief stage maintenance period, the final round of 3 games was followed. Unlike ‘MEGA’ team, which had different players in each event, the ‘Louisidan’ team, which had only two members, was expected to have numerical inferiority and one member even had leg injuries. But when the game began, the two teams began to play neck and neck. It was simply the best match of all matches. The award ceremony began as all matches ended. One team that made to the stage swarmed by the applause of the audience was ‘Louisidan’. They dominated two games with their astonishing skills – ‘Special Force VR: Infinity War’ and ‘Infinite Fire: The Arena’. The interview was enough to receive another applause from the audience when they said, “We participated with a penalty of our own”. Also ‘MEGA’ team, the winner of ‘Superpong 2’ event, shared the joy with teammates who gave their best in every game and all friends who came to cheer all day long.