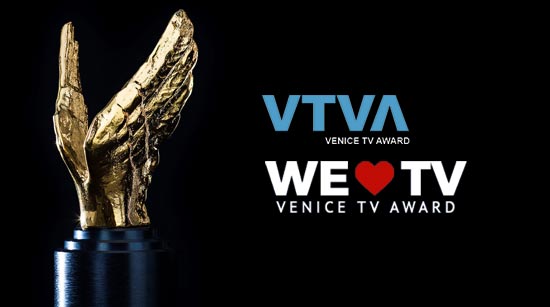 We are delighted to announce the Winners of the VENICE TV AWARD 2020, which is supported by the International Music + Media Centre [IMZ], the European Group of Television Advertising [egta] and the Association of Commercial TV [ACT], awarding the year’s television masterpieces.

Congratulations to all winners and thanks to all jurors for honoring the companies and individuals responsible for excellent creations.

TOGETHER. WE ARE PROUD TO BE TV.

The International VENICE TV AWARD is supported by egta, ACT and IMZ.