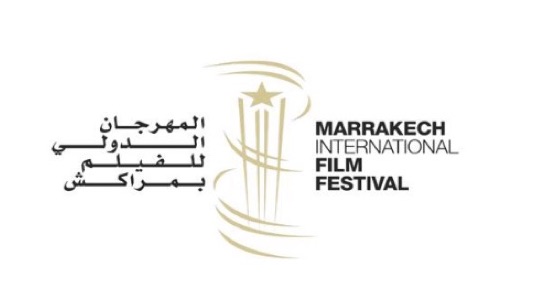 IN CONVERSATION WITH MARRAKECH AUDIENCE

The “Conversation with” section

is one of the highlights of the Marrakech International Film Festival and returns during the 18th edition for some fascinating exchanges with some of those who create the magic of cinema around the world.

As its name suggests, “Conversation with” is a forum for free-flowing discussion with some of the great names in international filmmaking. These sessions are free and open to all: industry professionals, journalists, and the general public.

During last year’s festival, the launch of this new section was a huge hit with Moroccan and internatiojnal film lovers. More than 3,000 people attended seven conversations with some legendary names of the big screen, offering some intense moments with artists, who generously shared their vision and their cinematic techniques and delivered some dazzling demonstrations and fascinating anecdotes to an audience of cinephiles.

After the success of the previous edition, the Festival is recreating the experience and expanding from seven to 11 conversations at this year’s event. Once again, some of the biggest names in international filmmaking have confirmed their participation at this major FIFM event.

They include US director, actor, producer, and all-around legend Robert Redford, along with Academy Award-winning French actor Marion Cotillard. Multi-award-winning Palestinian director Elia Suleiman will also be in attendance, along with independent British producer Jeremy Thomas (The Last Emperor, Only Lovers Left Alive) and celebrated US actor Harvey Keitel, star of some of the biggest hits in cinema history including Thelma and Louise, The Piano, and Pulp Fiction.

A French cinema giant, director Bertrand Tavernier will share the lessons of his lengthy cinema career with audiences in Marrakech, and the Festival also welcomes Ukrainian director Sergei Loznitsa for what promises to be a captivating cinematic and cultural voyage. They will be joined by Bollywood icon Priyanka Chopra Jonas, to the delight of fans of Indian cinema.

Another high point of this series of conversations will be when passionate and committed actors Golshifteh Farahani from Iran and Hend Sabry from Tunisia share the stage. The esteemed Italian director Luca Guadagnino and leading French actor of Moroccan descent Roschdy Zem will close the prestigious event.

American director, producer, actor and environmentalist Robert Redford has already confirmed his presence in Marrakech to receive the Festival’s Etoile d’Or award in recognition of his prodigious career.

Three other great names in cinema will be celebrated at the Festival this year. Their careers and achievements are as varied as they are exceptional.

The Festival is honoured to welcome veteran French filmmaker Bertrand Tavernier who has directed some of the most celebrated films of contemporary French cinema. The Festival will also pay tribute to one of Moroccan cinema’s shining stars, actor Mouna Fettou, whose outstanding career has spanned nearly three decades. For the first time in the Festival’s history a tribute will be paid on the mythical Jemaa El Fna Square, where Bollywood icon Priyanka Chopra Jones will receive a tribute before the people of Marrakech.

The Festival celebrates cinema’s diversity through these four tributes.

Throughout his extraordinary career, Robert Redford has marked a profound influence on contemporary cinema, becoming one of its leading figures. His exceptional filmography includes some of world cinema’s greatest classics. A committed actor, Redford is also a committed environmentalist and staunch supporter of independent cinema, founding the Sundance Institute in 1981.

“It’s an honor to be invited to Marrakech, to meet storytellers and artists who will be sharing their unique voices and points of view with others. I thank the Marrakech International Film Festival for this generous invitation” said Redford in an official statement.

The Festival is honouring Bertrand Tavernier’s exceptional career and a life dedicated to filmmaking. Tavernier was introduced to cinema at an early age, becoming passionately involved in film. Tavernier’s works are some of the most important in French cinema (Le Juge et l’Assassin, Autour de Minuit and L’appât…). Filmmaker, auteur and producer, Tavernier is a major cinephile and has published a number of works on cinema. He is also President of Lyon’s prestigious Institut Lumière.

“I have indelible memories of Marrakech, so to return brings me immense joy. I look forward to seeing the country again, to showing my films, exchanging with the public, engaging with the students, meeting other filmmakers and Moroccan auteurs, men and women. Listening to them, and sharing this experience will be enriching for us all.” says Tavernier of his upcoming participation in the 18th edition of the Marrakech International Film Festival.

Another highlight of the 18th edition of the Marrakech International Film Festival is a tribute to Moroccan actor Mouna Fettou. An icon in the Kingdom, Mouna Fettou has marked Moroccan cinema with her charm, spontaneity and talent for the past three decades. Since her first major role in Un amour à Casablanca in 1992, she has made many notable film and television appearances playing mythical roles, shifting with ease from comedy to drama.

“The Marrakech Film Festival and I have a long-standing love story… I have wonderful memories of being the Master of Ceremony in 2006. This year I am deeply moved to be receiving a tribute from this prestigious festival.  What an honour it is to be given this recognition from peers in Morocco and abroad! My pride is only matched by my impatience to meet you all there” says Mouna Fettou in an official statement.

Priyanka Chopra Jonas will feel at home in Marrakech. She is one of Indian cinema’s most popular stars, and has a cult following in the ochre city. Bollywood cinema is hugely popular in Morocco and especially in Marrakech. Entire crowds sing and dance along to Indian films shown on the giant screen at Jemaa El Fna Square during the festival. Priyanka Chopra’s tribute will take place on the mythical square before her adoring fans.

“I am thrilled to be returning to Marrakech, after attending the Festival in 2012 for the Tribute to Hindi cinema” said Priyanka Chopra Jonas. “It is such an honor to be recognized this year with a tribute on Jemaa El Fna Square before the Moroccan public, who have always showed so much love and support throughout my career.”