Tell the Story of China well, diversify to create IP Cui Yan, director of the Operation Center of THE Beijing International Film Festival and executive deputy director of the Organizing committee office of the Beijing International Film Festival, said animated films and products will play a key role in strengthening cultural confidence, building a cultural power and telling the “China story” well. “With the maturity and upgrading of domestic animation content, production technology and its derivative industry operation mode, Domestic animated films are showing a new trend from high-quality IP creation to the coordinated promotion of the whole industry operation, and non-box office revenue is gradually becoming the key battlefield of the development of the animation film industry”. In his speech, Sun Zheyi, President and Executive Director of Sunac Culture China, shared the thoughts and layout of Sunac Culture Group on how to operate the whole industrial chain of animation film industry in the era of new consumption and new scenes. He said that Sunac culture, as a firm industrial investor and professional operator, takes IP as the basis and content as the amplifier to integrate new consumption and new scenes into the expansion path of commercial value, and has always been actively exploring the operation of the whole animation industry chain. He hopes Sunac culture can explore a more diversified IP creation and operation path for China’s animation film industry, improve the commercial value and competitiveness of animation IP, and integrate technology and art to create more high-quality animation films, so that Chinese stories can move the world and enhance the global influence of Chinese animation films.

During the rise of Chinese comics, young talents became the mainstay Hiromichi Masuda, animation industry research expert and chief editor of animation Industry Report of Japan Animation Association, delivered a speech entitled “The Next Five Years of International Animation Films”. From an international perspective, he discussed the trend of the animation industry in the next five years in the world and the Asia-pacific region through the comparison of the development of The Animation film industry between China and Japan and the sharing of specific cases. Based on the data analysis of the international animated film market in recent years, he believes that the performance of Chinese and American animated films in the Chinese market is still strong, but in the future, the market share of Chinese animated films will be greatly increased and will gradually surpass that of American animated films. The reason, according to Hiroichi Masuda, is that a large number of excellent animation creators born in the 1980s have emerged in China, such as Tian Xiaopeng, director of Monkey King: Hero is Back, Liang Xuan, director of Big Fish and Begonia, and Dumpling, director of Ne Zha. These talented young animation creators have become the main force of The Chinese animation film market, and with their continuous growth, will continue to improve the quality of Chinese animation film. Zhao Guodong, assistant president of Sunac Culture, delivered a keynote speech with the theme of “New Exploration of Animated Films in the Era of The Rise of Chinese Comics”. Based on the cultural phenomenon of “the rise of Chinese animation” in recent years, he deeply analyzed the reasons behind it, introduced the exploration and development of Sunac culture in the field of animation, and the thinking and strategy of Sunac culture in the development of the whole IP industry chain. Sunac culture wants to be an innovator in the animation industry, make use of back-end development talents and the new way of thinking ahead, and find the maximum certainty of content value development. IP long chain operation can endow animation works with longer vitality. With the adjustment of the film and television industry, the industry also increasingly emphasizes the income in the non-content field, that is, how the content makes use of its cultural influence to obtain more commercial derivative value. As China National Innovation Animation enters its youth, not only a group of excellent young directors have created a number of good works, but also the long IP chain operation such as IP authorization, trend derivative development and offline real scene is gradually maturing. In the round table discussion, each guest discussed a series of issues such as how to grasp high-quality resources, create “valuable” IP and achieve long chain development in the era of big IP, taking their own unique industry experience as an example and combining with the new National style animation favored by Generation Z. In view of the development of animation film industry, the industry elites, with professional and unique thinking, put forward a long chain mode of “IP+ content + new consumption and new scenes” from a single “content consumption” mode, which helps upgrade China’s animation film industry and enforces IP with long-term vitality.Cheng Teng, director of Sunac’s Bingdi Painting Studio As director of Sunac’s Bingdi Studio, Cheng directed the animated film Jiang Ziya, which has won numerous animation awards at home and abroad. Cheng said that increasing the variety of cash channels in the later stage of a film might slightly free the film from its cash-heavy nature and make it more content oriented, increasing the writer’s creative freedom. At the same time, in the early stage of creation, I will spend a lot of time thinking about how to create a story with enough special, memory points and imagination space, so that young people can empathize with the emotional core, and use a film language that young people like to narrate. Liu Wenzhang, president of Cocoa Animation and producer of The film Ne Zha

Liu Wenzhang, president of Coco Cartoon Co.,Ltd. and producer of The film Ne Zha, said that only by mastering the creative side, including the team’s ability to write and direct, and doing the content well, can we have a chance to increase the VALUE of IP from zero to one. First of all, while taking care of the audience or market preference as much as possible, the director should achieve the ultimate attempt to pursue; In addition, from the perspective of production, it is very important to meet the needs of the director as much as possible under the extremely limited cycle and budget, which requires the mutual trust between producer and director. “Movie Universe” is a strategic goal. Coco Cartoon ‘s current direction is to use the background of Chinese culture for secondary creation and integration, so as to express existing traditional elements and contemporary values, as well as the way of life we know, in a more acceptable way. Shang Linlin, CEO of    Fantawild Group, shared the company’s efforts to tap the potential of IP, taking the animated film Series Boonie bears as an example. The three essential elements of a valuable IP, she says, are intellectual assets, communication and fans. As one of the earliest enterprises to do derivative authorization in China, Huaqiang Fantawild has been involved in many categories. In the process, I found that as the brand side, we should stand together with the franchisor and cooperate with them to create good products and good channels, so as to truly achieve the development of industrial links. In addition, IP needs to be nurtured rather than over-mined. It is like a bank account, which needs to keep creating more and better works to “save money and recharge” rather than simply consume the value of IP. The main character of an animated film needs to grow and arc more, which is something we all have to think about. Si De, president of Bubble Mart China, expressed his views on how to insight consumers into the changes of their consumption minds on IP. IP producers, licensees, licensees, theme park operators or retail channels are all part of the whole industrial chain, and they need to find ways to participate in the entire production cycle of the film from the beginning to the release. At the moment of release, have the best product out, do a good job of joint marketing, theme park or theme IP licensing exhibition, to create a sustained sound volume for the film, until the next film comes out, continue to launch good products and good content, keep the IP hot. 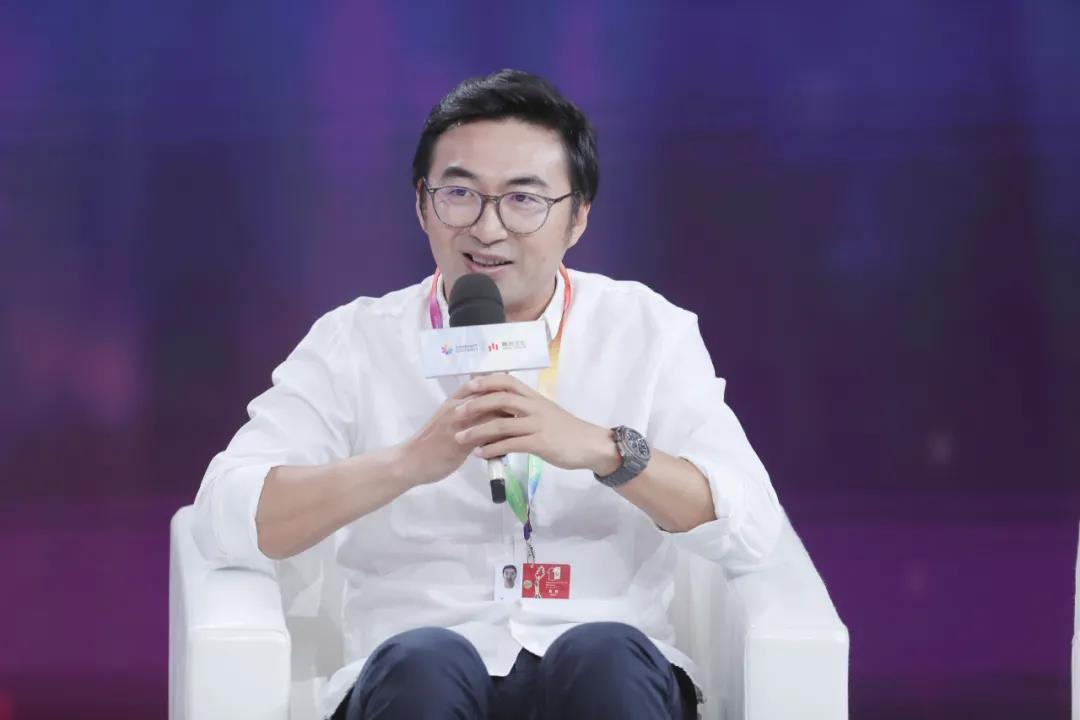 Taking the animated film White Snake series for example, Yu Zhou, co-founder and president of Chray Animation, said that the success of the IP was also accidental. For example, the “Master of Baoqing Fang”, as a supporting role, unexpectedly became the most popular character, surpassing white Snake and Green Snake. To create IP, cinema film is one of the most important forms, and it is also the belief that Light Chaser always insists on making animated films. In each film, Light Chaser keeps making new attempts. Nezha has an “Oriental punk” style. The characters white Snake and Green Snake all make new attempts to give young people a different feeling. 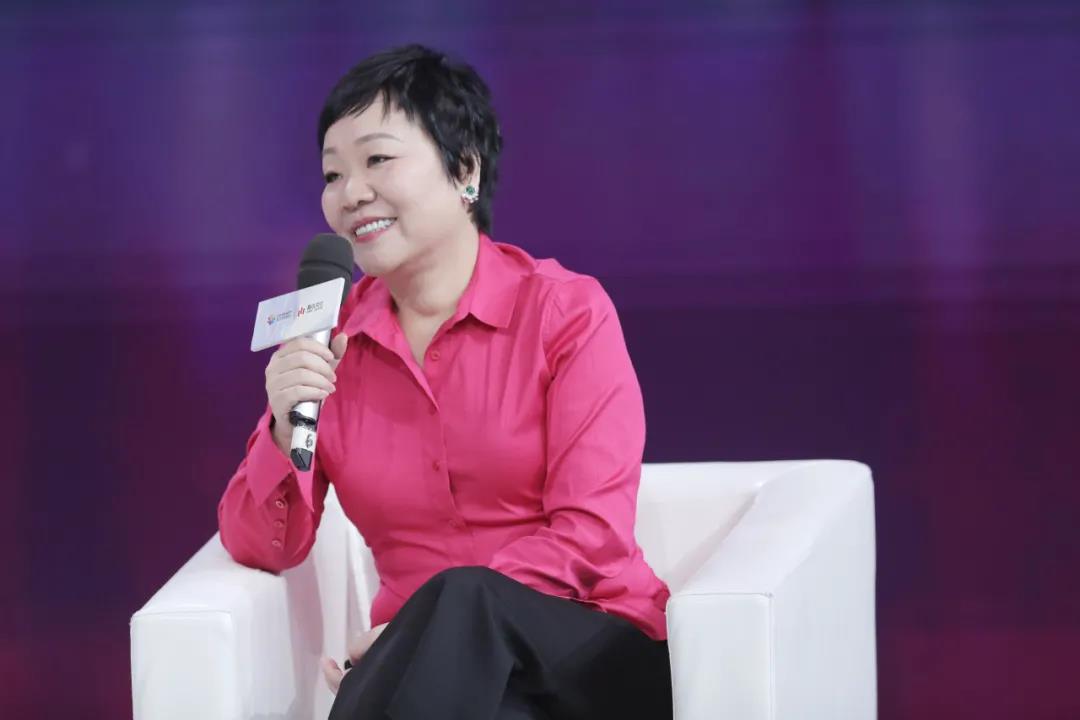 Zhao Fang, president of Warner Media China, analyzed the development trend and characteristics of sino-foreign film cooperation in the future based on his experience of cooperating with Chaser Animation in the animated film White Snake. Zhao Fang said, now the animation needs the creative talents in the field of literature, the arts talents to join.  Animation film is a comprehensive art show, including music, dance, modelling, the clothing, such as aesthetics, Chinese animation film production quality is very close to Hollywood, but for other respects, especially music, dance, artistic expression, rhythm, there still have something missing, more talent is needed. Some directors of sunac animation studio pose for a group photo

Sunac Culture presents the seven animation studios together. Director representatives Cheng Teng, Li Xia, Xu Han and Yuan Zhichao came to the scene and introduced their animation studios respectively. This “dream team” of Sunac Creative animation, mainly composed of the post-80s generation, will rely on their enthusiasm for the industry and rich imagination to create more high-quality animation works, which will impress young audiences and show the story charm of original Chinese animation. Professor Zhang Gedong, deputy Dean of The School of Animation and Digital Art, Communication University of China, presided over the forum

At the beginning of the “new decade” of the Beijing Film Festival, animated films have never changed

At a time when rich local Chinese cultural elements are integrated into the storytelling of contemporary animation, rapidly developing production technology is helping the animation industry to achieve standard industrial processes. The long-term operation of the whole industrial chain with IP as the core will become the only way for the animation industry to integrate consumption and scenes in the new era, and Chinese animation will enter the life of the world audience in more ways.