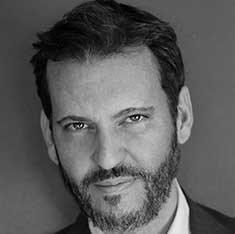 Lee Attached to Star in the Series from Writer-Showrunner Jack LoGiudice (Sons of Anarchy, The Walking Dead, Narcos)

Philip and Martin, who will serve as executive producers of the series, picked up the format for Starlings Television and attached Don Lee, Chris S. Lee and LoGiudice.

Lee, better known in Asia as Ma Dong-Seok, stars in the series as a veteran detective investigating a mysterious group of hunters who have attacked a famous news anchor and his family while on a camping trip. The detective, who lost his own son in a hit-and-run, finds himself mired in a twisted mystery orchestrated by an elite and powerful group with disturbing appetites. He will slowly learn that, in this case, nothing is as it seems and there are killers hiding in plain sight.

Philip said, “The Club will bring U.S. and global audiences a premium, serialized drama series showcasing one of the high-profile stars of this year’s most highly anticipated superhero films. Korean drama is delightfully shocking and our team will ensure this adaptation delivers the authenticity.”

Chris S. Lee, CEO of management/production company B&C CONTENT and Don Lee’s partner in Gorilla 8 Productions, commented, “This adaptation of The Club will provide a nuanced, fresh take on the original Korean format for a global audience. With partners like Starlings and Jack LoGuidice, we’re excited to forge the path to creating more meaningful, cross-cultural storytelling opportunities.”

Eccho Rights distributes the CJ ENM-owned format of the original seven hour-long episodes of the Korean drama Trap, produced by Film Monster for Korea’s OCN in 2019.

Jangho Seo, SVP of Content Business at CJ ENM, said, “As more people are fascinated with Korean stories, we are proud that one of our original drama IPs will be developed in the U.S. With Don Lee and this phenomenal creative team attached, we are very enthusiastic about this series’ prospects for success in the global marketplace.”

Don Lee (aka Ma Dong-Seok), who will next star in Marvel’s highly anticipated film Eternals as the first Korean star to join the Marvel Universe in a leading role, is the multi-talented actor-writer-producer and former boxer and bodybuilder who was born in South Korea, raised in the U.S. and returned to Korea to appear in more than 80 films. In 2018 alone, Lee opened five films as the lead actor/producer, prompting Korean audiences to affectionately nickname him as the “MCU,” or “Ma Cinematic Universe.” These include the massively successful 2016 zombie horror pic Train to Busan, which brought the star international acclaim. In addition to Eternals, Lee is actively producing an original slate of global film, TV and animation projects under his U.S.-based production banner, Gorilla 8 Productions.

LoGiudice, a writer-producer, is best known for his work on the FX series Sons of Anarchy, AMC’s Walking Dead, Netflix’s NARCOS and House of Cards. His credits also include Showtime’s Street Time and Resurrection Blvd., co-writing the Spike TV movie Crash and Burn and – having begun his career as a playwright – having four plays produced on Theatre Row in New York City. In Los Angeles, his plays have appeared at The Pasadena Playhouse and on NPR (produced by The L.A. Theatre Works).

Starlings Television is a division of Starlings Entertainment, a collection of interconnected companies focused on financing and producing smartly budgeted, highly commercial live-action and animated films and television programs along with other media. Starlings Television sources IP, develops in house and produces with an expansive network of partners and longstanding talent/writer relationships for projects.

Gorilla 8 Productions was founded by superstar actor and producer Don Lee (aka Ma Dong-Seok) and his producing partner Chris S. Lee to produce an exciting slate of premium, global content across all media, in particular films, TV series and animation based on original and existing IP. With dozens of active film and television projects in development in Korea and the U.S., Gorilla 8 is dedicated to authentic, meaningful and borderless storytelling to entertain global audiences.