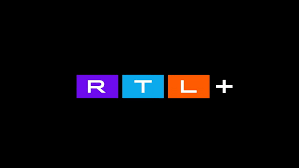 Broadcaster RTL Deutschland’s plan to build a wider streaming offering encompassing music, podcasts and other content as well as video will create a unique offering that rivals will struggle to match, according to Matthias Dang, co-CEO of RTL Deutschland and CEO of Ad Alliance.

Speaking on a panel session at the ANGA COM event in Cologne, Dang said RTL wants to create a single bundle of video, music and podcast streaming offerings in the second half of this year. He said there is “almost no other media and publishing house that can do this”.

Central to this vision is RTL’s acquisition of publishing house Grüner + Jahr. The broadcaster has appointed Grüner + Jahr managing director Oliver Radtke to its board and made him responsible for combining RTL with the publishing outfit.

RTL Group CEO Thomas Rabe has said that the combination of the pair would create “Germany’s first cross-media champion”.

Dang said that the group was making a big bet on this combined offering, but that the move was justified by in-depth market research.

He said the bundle would have several stages, starting with a video-only offering. He said the SVOD service had attracted three million subscribers in just three years for RTL+.

“That shows we succeeded in doing something and [that success] was not a matter of course,” he said.

Dang said that RTL is a “hybrid company” and free TV remains important to it. “I believe linear TV will be around for the next three to five years and after that you need a crystal ball,” he said.

Dang said that RTL did not intend to set itself up as a platform operator in its own right.

At the end of March 2022, RTL Group registered 4.31 million paying subscribers for its streaming services RTL+ in Germany and Videoland in the Netherlands, up 58.2 per cent year on year (end of March 2021: 2.72 million).

In the first quarter of 2022, RTL Deutschland recorded audience successes with the live broadcast of the Uefa Europa League matches on its linear TV channels and on the streaming service RTL+. In May 2022, RTL Deutschland announced an extensive deal with Uefa to broadcast half of all football matches of the German national team in the Uefa Nations League until 2028, the European Qualifiers for the Fifa World Cup 2026 and Uefa Euro 2028. In addition, the deal includes the broadcast of test matches of the German national team as well as final round matches of the Uefa Nations League even without German participation. The acquisition of these sports rights is part of RTL Deutschland’s strategy to further grow in both linear television and streaming.

“Super aggregation is something that is done by Deutsche Telekom. We are trying to do our own [variant] and we will see if it works,” he said.