MEDIAWAN RIGHTS DIVERSIFIES INTO THE DISTRIBUTION OF UNSCRIPTED PROGRAMS 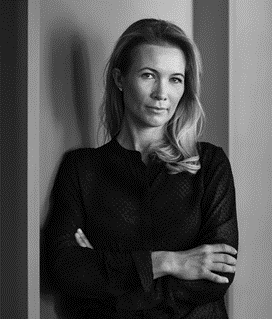 A key player in the distribution of fiction, documentary and youth programs, Mediawan Rights is diversifying and making a strategic move by embarking on the international distribution of unscripted formats and appoints Estelle Bodén, as Director of Distribution for this activity.

Reporting to Valérie Vleeschhouwer, Managing Director of Mediawan Rights, Estelle Bodén, with 25 years of expertise streaming, will now be in charge of structuring this department and developing this new strategic activity for the Mediawan group.

After starting her career at Strix Television, a major producer and pioneer of reality TV in the world with formats such as The Farm and The Bar, Estelle Bodén founded Friday TV with Mattias Olsson and Jock Millgårdh in 2004. They create and sell formats like Clash of the choirs, Single Moms or Minute to win it, the latter originally aired on NBC in the United States before being sold in more than 50 countries around the world.

In 2012, they created Elk Entertainment with FAM where they developed their own formats. They sold the production company to ITV in 2017.

Valérie Vleeschhouwer: “I am pleased to welcome Estelle to Mediawan Rights. Her experience and expertise are an undeniable asset in the creation of this branch and the strategic development of this activity.”

Estelle Bodén: “I am proud to join Mediawan Rights and to take part in this new adventure at its creation. I am grateful for the trust placed in me and I am delighted to take up this new challenge in synergy with the group’s teams, as well as through the strengthening of our relations with the outside world.”

With Mediawan Rights, LS Distribution and Telmondis Distribution, Mediawan is one of the biggest players in Europe for the distribution and international co-production of content, with a diverse catalogue containing about 20,000 hours of programming. The success of the Group’s distribution business relies on its unique positioning: