Recently, the first youth animation film in China, “Ying Qing Kong”, released the “From Real Scene to Animation” special edition and poster, which visually showed the contrast of the actual scene “animation”. The film took place in the small town of Jiangnan in the late 1990s. In order to achieve 100% real-life restoration, the main team spent nearly two and a half years visiting the 12 large and small towns in Jiangsu and Zhejiang, recovering nearly ten scenic spots, including the demolition of ancient buildings, films. It can even be seen as a microcosm of China’s Jiangnan. “Ying Qing Qing” insisted on 100% pure domestic production, creating a large domestic two-dimensional animated film in recent years, without the record of foreign personnel participation. In the national college movie viewing activities, quite a lot of students said that they were stunning in the film, calling the film “the most American in 2018”. The Lanxi, Zhejiang Province, where the story took place, is a wish to inspire students to travel to “catch the card” during the 11th National Day. The film will be released nationwide on October 26.

To be 100% true and beautiful, to find a remote town to restore the terroir

This release of “Yesterday Blue Sky” from the “real scene to animation” special feature, focusing on the film prototype land Lanxi scene restoration. It is reported that the whole process of collecting and painting lasted for two and a half years, which is 100% reduction of the style of Jiangnan town. The main creation is to visit the streets and alleys of 12 large and small towns such as Yong’an Town, Xianju and Qiongzhi Ancient Town. However, the team is not limited to the sense of reality, “not only true, but also the pursuit of beauty.” To this end, the main creative people in the high temperature of 39 degrees, and the winter in the mountains in the morning, to show the summer heat and the beauty of the winter snow. It takes so much energy, in addition to trying to restore the scene, it is an in-depth interpretation of Jiangnan’s human atmosphere. For example, in the early morning, the laundry residents are accompanied by the river; the mothers who advise the children to eat in the roadside buns shop… These are the familiar atmosphere of the people. In order to gain a deeper understanding, the team deliberately retains the location of the remote towns that retain the rich customs. “We specialize in shooting in the mountains where GPS signals are not available.” Liu Min said that the folk customs in these places are simple and unprepared, and there is no defense against strangers. In addition, in the modern city, it is difficult to see the use of the brazier, cooking on the stove, and the old man sitting on the stone steps and fan-cooling scenes are displayed here. “At that moment, I suddenly found memories with temperature. I know how our films are presented.”

It is worth mentioning that it is these meticulous framing that some of the old buildings that have been demolished are preserved in the film. The director recalled that at the beginning of the team’s landscaping in Lanxi, the streets were all “demolition”. The masters’ hard work and good intentions also yielded high feedback. Many viewers who watched the movie in advance shared: Even if they do not live in Jiangnan, they can fully understand the customs and customs. More students asked about the Lanxi travel route, saying that they wanted to accompany the National Day to “carry the card.” Junior high school students are eager to grow up because of movies. Sixty-year olds “middle-aged people like to watch”

Recently, the film “Ying Qing Qing” held a road show in Taiyuan, Shanxi. Director Yu Chao, the original comics pocket chocolate, and the producer Liu Min attended the event. Unlike previous campus roadshows, this viewing covered audiences of all ages from the age of 70 to 13 years old. Not only did middle school students come to school immediately, but also middle-aged people came to watch the movie with their 70-year-old mother. After the screening, the audience praised very resonate, many anime fans excited, read so many years of beauty, and finally have their own domestic youth animation! 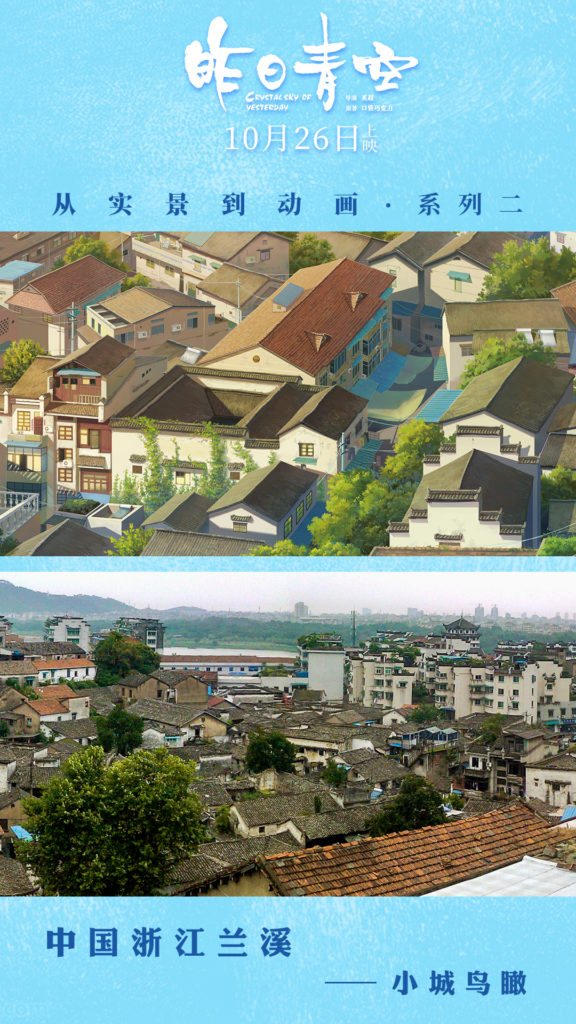 The reason for the audience to resonate is that the film is 100% restored to secondary school life, for example, the school uniform allows the audience to have a “one second back to the student era.” The original book of the event, Pocket Chocolate, revealed that in order to make the large Chinese uniforms more aesthetic, the female master’s sleeves in the movie are always pulled up. Contrast the spacious school uniform with the slim arms of the girl to enhance the girlish sense. The second reason is that movies can evoke everyone’s “memory of youth.” At the event site, there are junior high school students who are going to watch the movie after school. She said that although the third year of study is very stressful, but after watching the movie, there is a more embarrassing future. There are also uncles who are over 60 years old. Although most of the cartoon audiences are young people, middle-aged and old people still like to watch. “Everyone has yesterday”, it evokes memories of youthful happiness.

The animated film “Ying Qing Qing” will be released on October 26 this year.