“Brave Rabbit 3” is Set to be Released on Dec 30th, the Adorable Rabbit Playing Time Machine Produced by Wuhan Maya Animation Co., Ltd., Foshan Baiming Film and Television Media Co., Ltd., Shanghai Xinyue Film and Television Communication Co., Ltd., Wuhan Yutang Rabbit Animation Co., Ltd. jointly produced, Zeng Xianlin’s self-directed animated film “Brave Rabbit 3” Time Machine (hereinafter referred to as “Brave Rabbit 3”) announced today that the national release on December 30, and exposure of the concept poster. As the third work of the “Dragon Rabbit” series, the film not only continues the cute and funny mode of “hot and bloody teenagers”, but also greatly strengthens the plot creation based on the previous work, and has shaped the technology of burning brain. The link and the tensioned family conflicts are dedicated to creating an animated film of the family and the audience. 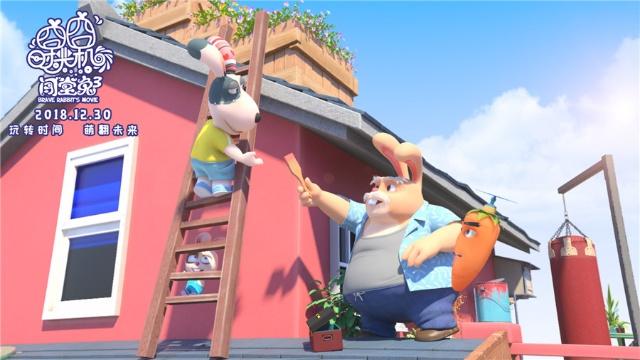 As the third film of the “Dragon Rabbit” series, the production party adheres to the creative concept and original intention of “creating the national animation”, and invites the powerful behind-the-scenes production team to protect the “Dragon Rabbit 3”. Bringing a good domestically produced animated film to the audience with fine production, fine picture and fine content. On the basis of the previous work, the film boldly breaks through innovation. The newly-infused sci-fi elements make the audience shine. The “black technology” that is open to all kinds of “brain holes” is full of invention technology, which also stimulates the audience’s desire to explore the future technology. Under the blessing of cool pictures, a time-space journey of subversive imagination and visual shock is about to begin.

The concept posters exposed today are full of futuristic: the singularly different lynxes are placed in a tilted and confusing scene, which complements the sci-fi tone of the film and evokes the audience’s infinite expectation for the film. At the same time, the poster continues the series of “Xiaotangtuo” series, and “Meng” is deducted to the extreme, full of eye-catching power. Many “rabbit” powders accumulated over the years have been looking forward to the movie’s arrogance, saying “professional selling cute family” I am finally going back!” 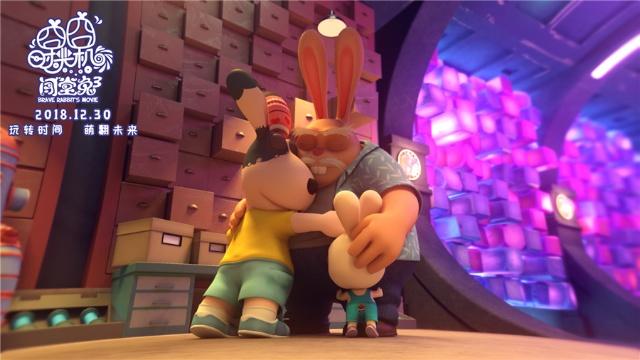 The Most Cute day group returns to the joyful upgrade

“Dragon Rabbit 3” combines elements of comedy, adventure and sci-fi. It tells the story of the inventor who loves to invent and develop a physical conveyor. It upgrades it into an unstable space-time shuttle. This is a journey of thrilling time and space that is thrilling and full of laughter. The “Dragon Rabbit” series has been loved and supported by countless audiences because of the cute character image and the storyline full of childlikeness. In “The Don Rabbit 3”, the lynx continues its “segment” attribute, Kim Frequent sentences, and the small partners in the “love each other” to achieve a happy upgrade.

As a film of the New Year’s Eve, the protagonist’s singer’s singer’s path is a new way to refresh the “crossing the stalk”. The whole movie is like a time game, skillfully combining the spatial physics concepts of “tall” such as spatial dislocation, time stillness, remote control time, and time and space. The unique creative ideas and the creators’ ingenious treatment of time make the film become Guo Man crossed the clear stream in the theme and joined the “crossing the luxury film list”. In the movie, the audience feels the infinite charm of crossing, and the thick family of the four family members will also inject a warm current into the audience in the cold winter.