Autodesk previewed what it pitched as “the future of production management” at its Autodesk University user event recently, in the shape of three new technologies due in future releases of Shotgun.

Of the three, the most straightforward is probably Story-in-Context, an attempt to enhance support for editorial timelines inside Shotgun using Pixar’s new OpenTimelineIO open standard.

It’s based on a custom Premiere Pro plugin developed by X2X Labs during production on Terminator: Dark Fate to automatically cut VFX shots into editorial timelines.

In an article in Post, VFX editor Jon Carr describes the tool, which uses Shotgun to track metadata and versioning, and to recall shots, as working “like magic”.

As well as simply speeding up the process of cutting shots – a significant time sink on large projects – the plugin enables VFX artists to view their work in the contest of the latest edit.

Autodesk now plans to “bring more expansive edit timeline integration” into Shotgun, including the option to get on-set data into Shotgun directly from within Premiere Pro. 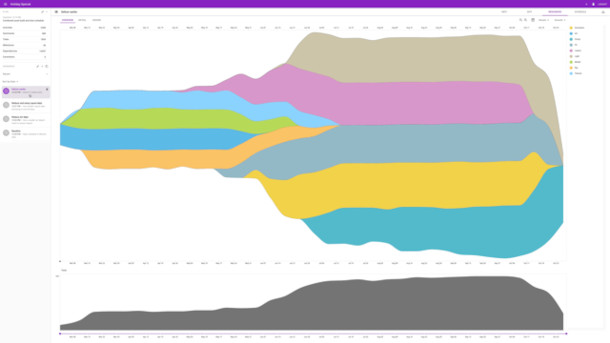 Next up is Generative Scheduling, a machine-learning-based system for automating production scheduling.

It enables users to “take a production plan – the tasks, their resource requirements, dependencies and time constraints – and generate complete actionable schedules optimised for resource utilization”.

Interestingly, it doesn’t require historical data, either from the studio using it, or collected from other studios across previous productions – or indeed, any training data at all.

Autodesk describes it as using “a bespoke evolutionary computation engine that learns how to make the decisions that a production manager would make” to find an optimal solution for a particular plan.

The technology on which it is based, Consilium, was developed by former Autodesk senior architect Phil Petersen, who sold it to Autodesk earlier this year, and who has now rejoined the firm full-time.

(Despite the name, it has no connection to Australian AI firm Consilium Technology.)

The system has been tested in production by stop-motion studio LAIKA in its movie work.

“The first time we successfully got a schedule from Consilium back into Shotgun was a big ‘aha moment’,” said pipeline TD Michael Nowakowski. “Instead of having to manually level out 12,000 tasks, we were able to just press a button and get a schedule round trip back to Shotgun.”

Autodesk now plans to integrate Consilium directly into Shotgun, and says that it “will be keeping [its] eyes open” for opportunities to use the technology outside the firm’s M&E software. The system is being built on Forge, the firm’s suite of cloud-based developer tools, previously mainly used by AEC and manufacturing firms to develop web services based on Autodesk APIs.

Autodesk describes it as bringing “secure, full-featured … asset management into the cloud”.

In the presentation at Autodesk University, Autodesk associate VP Sarah Hodges described the system as automating dependency management, asset assembly, and part of the communication process.

“The platform automatically builds and updates your scene file with all of its dependencies,” she said.

“Now imagine someone else is working on the same asset. The platform manages their changes for you, incorporating them and updating the scene while preserving your own work.”

“[When] you’re ready to share your own work, the platform helps inspect it. It makes sure the right versions of all the assets are included and that pipeline quality checks are done [then] notifies everybody downstream.”

Of the three technologies, it seems to be the one earliest in development, Autodesk only started to build the “necessary infrastructure” earlier this year, and is now “working hard to get it in the hands of beta testers”.

Autodesk hasn’t announced release dates for any of the technologies previewed at Autodesk University: according to the firm, they’re all in “technology preview or early stages of development”.