Aladdin still has the magic according to cinema-goers who turned out in their droves for the first weekend of Disney’s live-action remake. 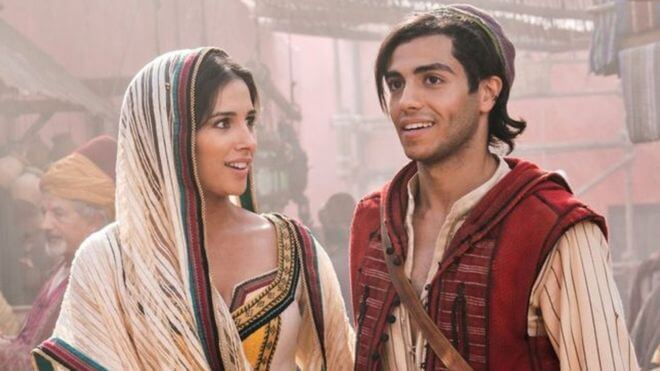 The film, released on the US’s four-day Memorial Day weekend, is expected to earn $105m (£83m) when Monday’s ticket sales are included.

This would go well beyond earlier estimates of about $80 million (£63m).

The new version features Will Smith in the role of the blue Genie – formerly voiced by the late Robin Williams – and the Egyptian-born Canadian actor Mena Massoud as the wily charmer who pretends to be a prince to catch the attention of Jasmine, portrayed by Naomi Scott.

This time last year, Disney was reeling from a disappointing opening for Solo: A Star Wars Story, but with the Genie’s help the company says it has raced ahead of opening weekend sales in the UK for both the Elton John biopic, Rocketman, and The Secret Life of Pets 2. Speaking on the red carpet at last week’s world premiere in Los Angeles, Smith told Variety about some of the main challenges they had in making the new version a success.

“Being able to find a way to not make it jarring and disturbing by how different it would be,” he said.

“To make people feel at home while they were getting something new and special.”

It seems that Aladdin has exceeded most critics’ expectations after a raft of mixed reviews.

The Guardian gave it two out of five stars, claiming that Aladdin “can’t put the genie back in the bottle”, and that it “fails to capture the magic”.

The Independent, however, went for four stars, describing it as “a rip-roaring, matinee-style spectacle that turns out far better than expected”.

“What could have been a cynical exercise in repackaging an old hit turns out to be an invigorating ride with lively performances, flamboyant musical numbers and clever special effects,” it adds. 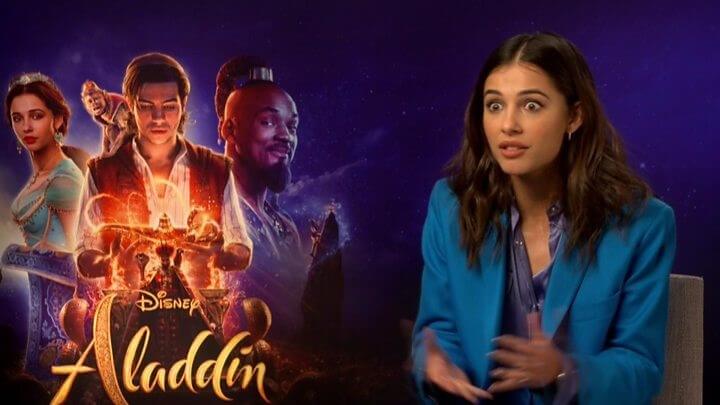 The Telegraph bridged the gap by opting for three stars, saying: “If you thought that Guy Ritchie would bring no small amount of grit to the fairy-tale world of Disney, you’d be mistaken.

“His Aladdin, the latest in a series of remakes (we’ve just had Dumbo and Beauty and the Beast, and The Lion King follows in the summer), is a big-hearted fantasy musical with a gorgeous colour palette and a strict moral code which tries very hard – but doesn’t quite succeed – in improving on the studio’s 1992 original.” “Aladdin” has simultaneously opened paintings in major overseas markets other than Japan. It has invested US$121 million in overseas weekends and its global weekend box office of US$207 million has exceeded the production line of US$183 million. The film won easily in the Chinese mainland with a start of $18.7 million. According to the latest release of the Korea Film Promotion Committee, “Aladdin” mobilized 790,908 viewers in Korea from 24th to 26th, defeating the mobilization of 300,657 in the same period. The audience’s “The Gangster” and boarded the Korean weekend box office champion. In addition, its opening in the Latin American market is also relatively strong. Mexico opened $9.2 million in the first week, and the performance of paintings has pushed the European market such as the UK.